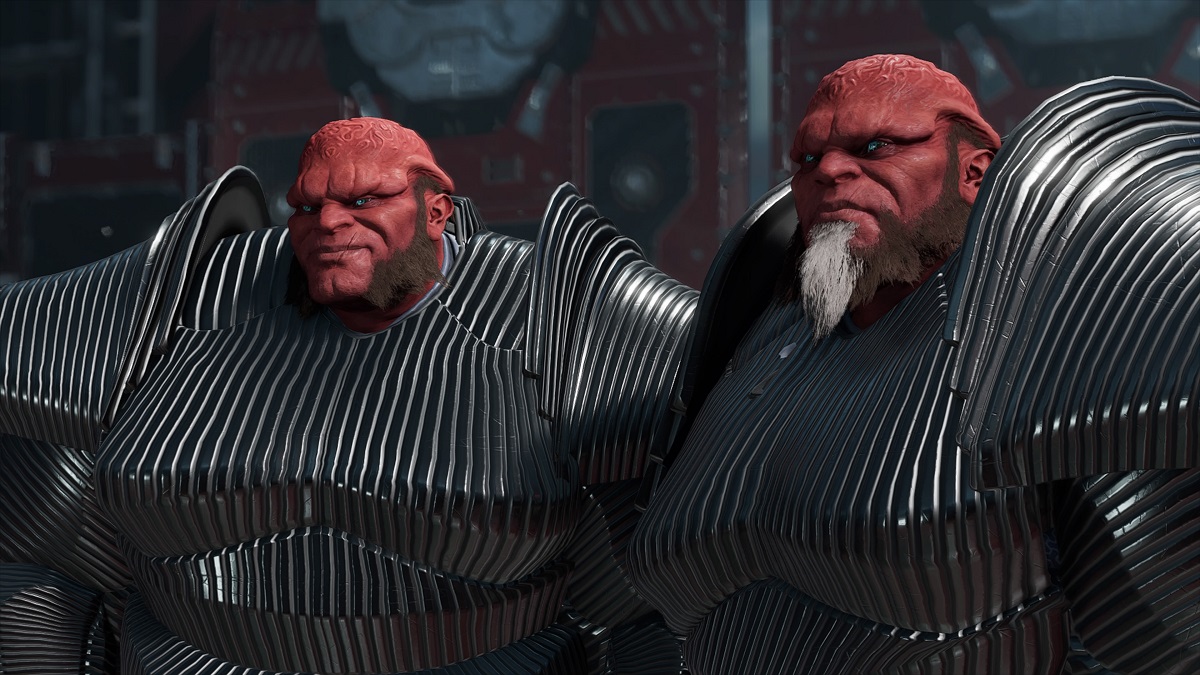 The Blood Brothers are a comedic antagonist duo that plays off well against Starlord’s snarky personality. But, alas, they must fight as a bounty has been put on the blonde’s head. Here is how to beat the Blood Brothers in Marvel’s Guardians of the Galaxy.

Garek and Rosson Blood seem ridiculously tough at first as Starlord isn’t able to get a single shot on them. It gets to the point you think maybe you’re supposed to lose the battle. However, that is not the case. Stand your ground by avoiding their attacks. When they leap up in the air, get ready to leap out of the way with Starlord’s jet boots. We found that the Air Glide perk was helpful in this fight as it provides more maneuverability.

Survive for a few minutes and then eventually Gamora will show up to save the day. She tells Starlord to split the twins up. Doing this will remove their armor as they become desynced from each other. The key is to let Gamora focus on one brother and then you shoot the other. Follow the same strategy as before as they jump towards you.

After a certain amount of damage is dealt, Drax will then emerge out of nowhere. They’ll start charging you instead of jumping. They mean business now. Use the electrical boxes as cover and keep shooting while they’re separated. There is a point in the fight when the brothers join hands and a red mist appears above the shake. When this happens, tell Drax to break it up with a mighty blow. Continue this a few times before the fight gets broken up.