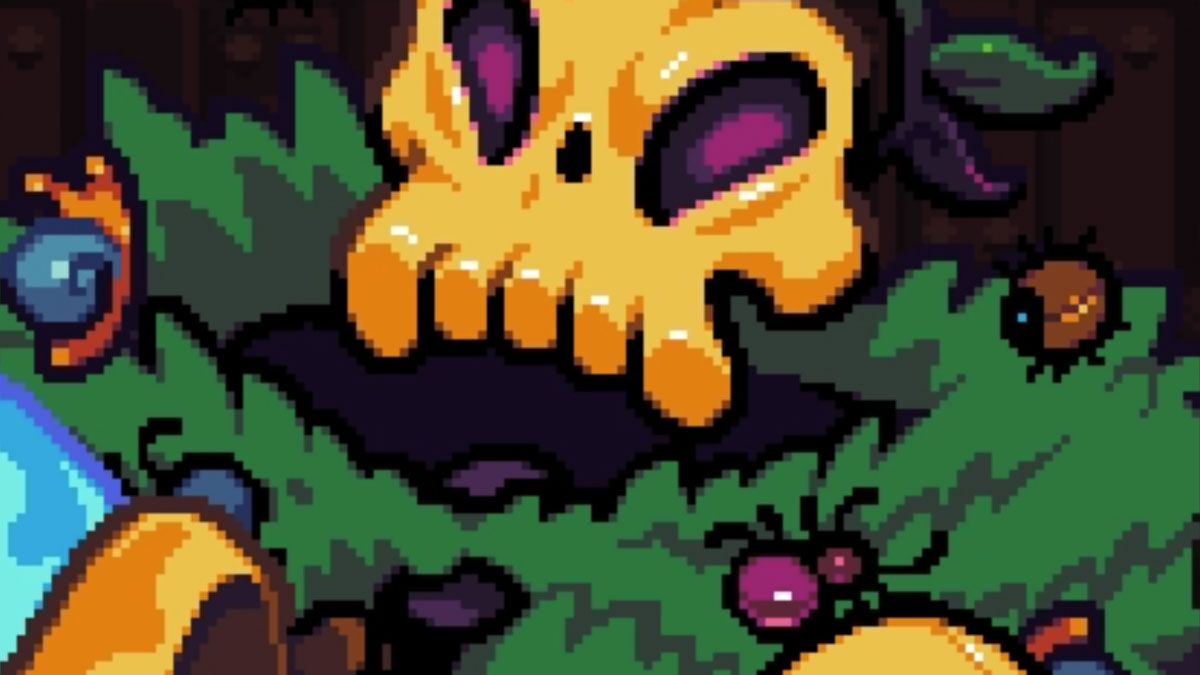 Shovel Knight Pocket Dungeon not only brings back the original game’s cast of characters but also introduces new ones like Prism Knight and Scrap Knight. The Shrinemaster is another newcomer, guarding the four mysterious shrines, each requiring a different cost to open. The fourth and final shrine is a bit of a curveball — your final test is a fight with the Shrinemaster himself. Here’s how to beat the big bony boss.

The Shrinemaster is actually one of the easiest fights in the game. He only has one attack, and that’s to lob Ratsploders at you. Their explosions are dangerous but easily avoided. Furthermore, they’ll also damage the blocks and Boneclangs that join in the fight, which helps to keep the arena clear. You have to fight the Shrinemaster in a smaller space than other bosses, but it’s still not too difficult to win. Potions will keep you away from death as well.

By this point in a run, you likely have a few relics to increase the odds even further in your favor. Consider it a bit of a respite from developer Yacht Club Games. Once you’ve reduced the Shrinemaster to a pile of bones, he’ll congratulate you on proving your strength one last time. You can then open the final shrine door, which is part of the path to Pocket Dungeon’s true ending.