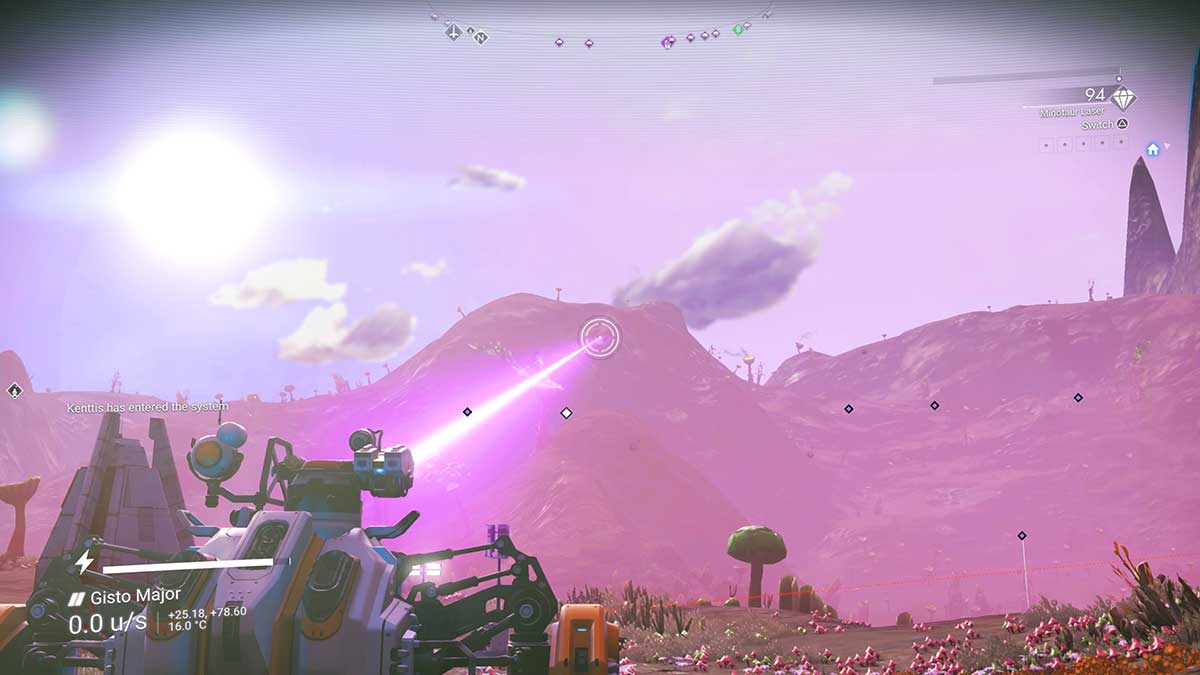 The Minotaur Exocraft has several upgrades that can transform it from a mode of transport into a machine of war, especially useful during No Man’s Sky’s Expeditions. However, these upgrades cost time and resources, and they’re not always easy to craft. This guide covers how to build one of those upgrades, the Minotaur Laser.

How to build the Minotaur Laser

First, you’ll need to purchase the plan for the Minotaur Laser. You’ll be able to come across this organically as you play. In Expeditions, the plans will likely be a reward for completing a Milestone. Once you own the plan, you’ll be able to install the upgrade in your Exocraft, but it’s not quite as simple as that.

To install the Minotaur Laser, you’ll need 80 Chromatic Metal, 65 Di-Hydrogen, and one Wiring Loom. Chromatic Metal is easy to get by refining a metal like Copper in the Portable Refiner. Di-Hydrogen appears as crystals on the surface of most worlds, so you only need to mine it to acquire it. Finally, you can either purchase Wiring Loom from a Galactic Trade Terminal on a space station or acquire it by dismantling obsolete technology.

Once you’ve got all the resources for it, you can install the Minotaur Laser and start walking around like a slightly more dangerous machine than you were before. The laser doesn’t mine anything, and it’s not particularly powerful, but it does look good.