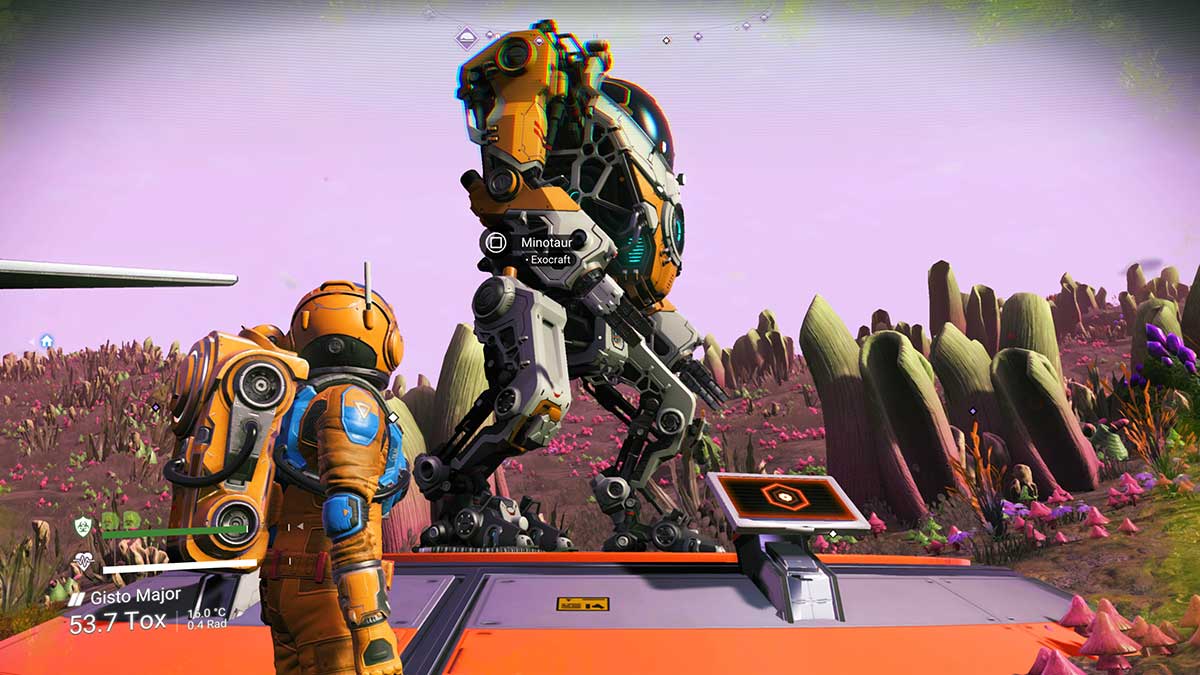 Mechanical Man is the seventh Milestone in Phase two of No Man’s Sky Expedition Three: Cartographers. You need to deploy a Minotaur to complete it, but it’s not quite as simple as it sounds. In this guide, we’ll offer tips on how to complete the Milestone and how to prepare for future Milestones.

The first thing you’ll need to do is build an Exocraft Terminal. In Expedition Three: Cartographers, you’ll first need to unlock the plans through your Base Construction Computer. Then, you’ll need to find all the resources to build the structure. The only one we struggled to get hold of is Parrafinum. When you have them all, you can construct the Exocraft Terminal and summon your Minotaur. This will complete the Milestone.

Summon the Minotaur from someone else’s Terminal

We managed to complete this Milestone by summoning a Minotaur from another player’s Exocraft Terminal. The Milestone doesn’t require you to build the Terminal. Merely summon the Exocraft. When you have, we recommend hopping in and walking around until you complete another Milestone in the Expedition. There’s every chance that you’ll lose the Minotaur when you close the game, so make the most of it while you have it.