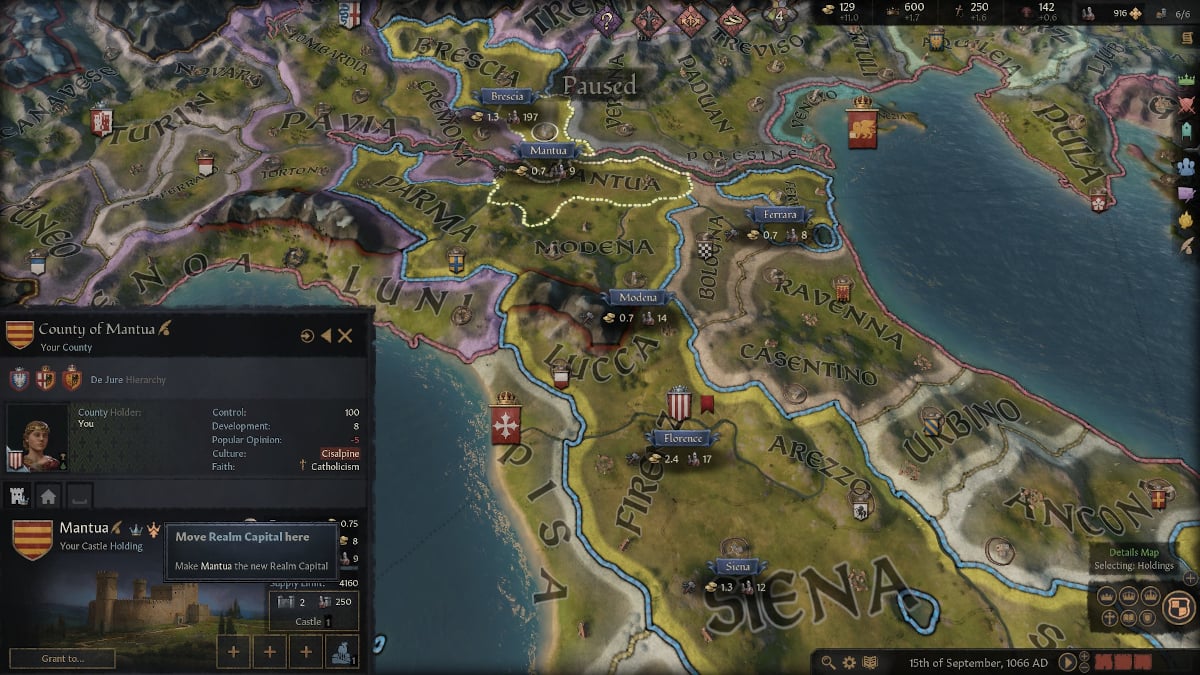 Crusader Kings 3 release has brought with it many feature changes, and one of these changes is capitals. Capitals got some love in Crusader Kings 3, but knowing how it works is difficult to find in the new UI. Let us find out how to change them.

To change your capital, you must find a province or territory you directly own. A player can identify their current realm capital as the province will have a golden crown icon located next to the holding’s name.

When a player clicks on another one of these provinces, they may find a beige arrow with an arrow pointing upwards. This is your capital indicator. Hovering over the icon will tell you that this province can become your new capital if you so wish.

By moving capital, players will gain access to new buildings in that location. However, if the old capital had exclusive capital buildings, those buildings will become dormant and no longer provide the bonuses they once got.

So, planning where you want your capital holding and what buildings you want in that location is essential to your realm. Furthermore, a player’s direct heir will always inherit the realm capital. Not to mention that capturing a realm’s capital grants a significant amount of war score and has the chance to arrest members of that realm’s court and ruling dynasty. Either way, knowing how to change the capital is very important for several reasons.