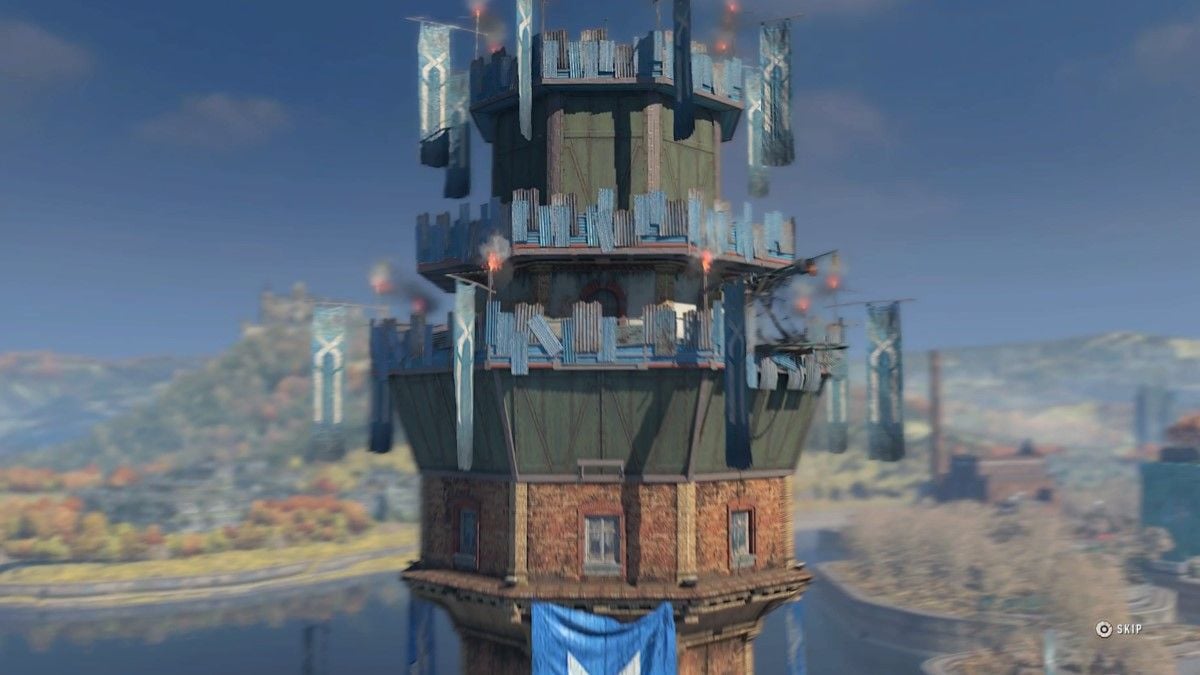 In Dying Light 2 Stay Human, the Wharf Water Tower facility isn’t actually in the Wharf Zone. It’s in the northeast part of the Muddy Grounds Zone. Approach it from the south and get inside via the small square building, the ledge above the gate, and the small platforms that lead to the gap in the wall. Once inside the tower itself, climb up one of the central pipes using the yellow ledges. Shimmy around the top ledge, and jump across to the platform marked with a yellow rag.

Jump to the higher yellow ledges on another pipe. Again, shimmy around the top one so that you can jump to the next walkway. Interact with the folded up ladder to drop it down (you might need that later), then go up the other ladder. Jump to the platform covered in bones, and turn on the generator. Use the horizontal bar to get up to the next walkway, then make a big jump east to the ledge on the pipe. Jump to another horizontal bar, then to a ladder. Climb to the ledge at the top then climb the yellow ledges on one of the pipes. Jump across to the walkway to the northwest, then jump and use the rope to the next platform, where there’s another folded ladder for you to drop down.

Use another rope to go to another walkway, with another folded ladder (remember to drop that down), then go outside, jump to the rope, turn around, and jump to the ledge above the opening. Go around the tower to the right until you find another opening. Go inside and activate the Water Tower at the valve wheel.