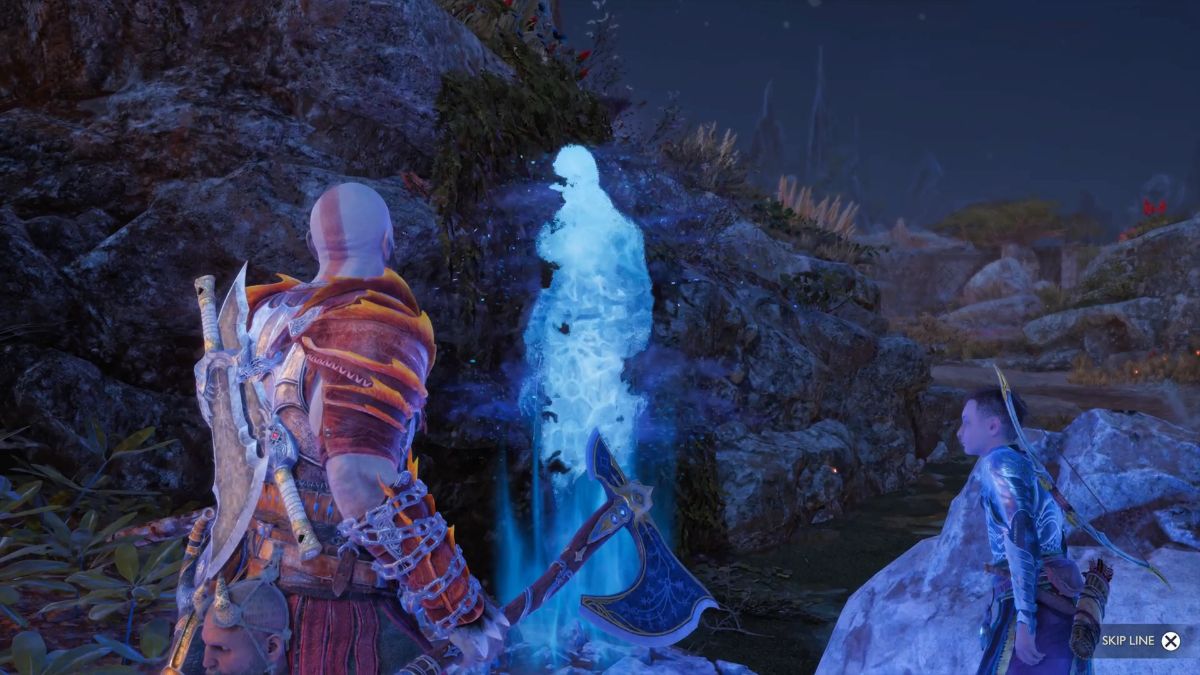 In God of war Ragnarok, Casualty of War: The Brooch is one of three Favor side quests in The Plains region of The Vanaheim Crater in which you meet a ghost and then retrieve an important item for them. The Crater is a hidden region of Vanaheim which you discover by completing the Scent of Survival quest, which you can start after completing the Creatures of Prophecy goal on The Path main story quest line. Just follow Helka out of Freyr’s Camp and she’ll guide you to The Crater.

Related: How to complete Casualty of War: The Scroll in God of War Ragnarok

How to start Casualty of War: The Brooch

From the Crater Entrance Mystic Gateway, head north, climb over the wall, then turn left on the other side. At the ledge marked by a torch, turn right and go under the bucket hanging from the thick-trunked tree. The ghost of Holger is at the foot of another tree, next to another torch. Talk to Holger’s ghost to start the Casualty of War: The Brooch side quest Favor.

Where to find the Brooch

Go back east across the open area, past the wall you climbed over. Use your axe to freeze the poison cloud plants, so that you can go along the path leading southeast. Climb up the wall at the end, then continue east until you’re attacked by Egil the Oath Guard. You’ll have to defeat him before you can collect the Brooch at the top of the cliff he’s sitting on.

How to defeat Egil the Oath Guard

Egil the Oath Guard is a Traveler, and this fight plays out in a similar way to other Traveler mini-bosses. At first it’ll be a struggle to inflict damage on him because of his armor, and you won’t be able to do any damage to his back when he’s wearing his shield. But keep hitting him and eventually his armor will break off, and you can start doing more damage. Most of his attacks can be countered by blocking or by rolling sideways, but when he holds up a glowing object, throw your Leviathan Axe at that object quickly, before he unleashes a powerful area-of-effect attack.