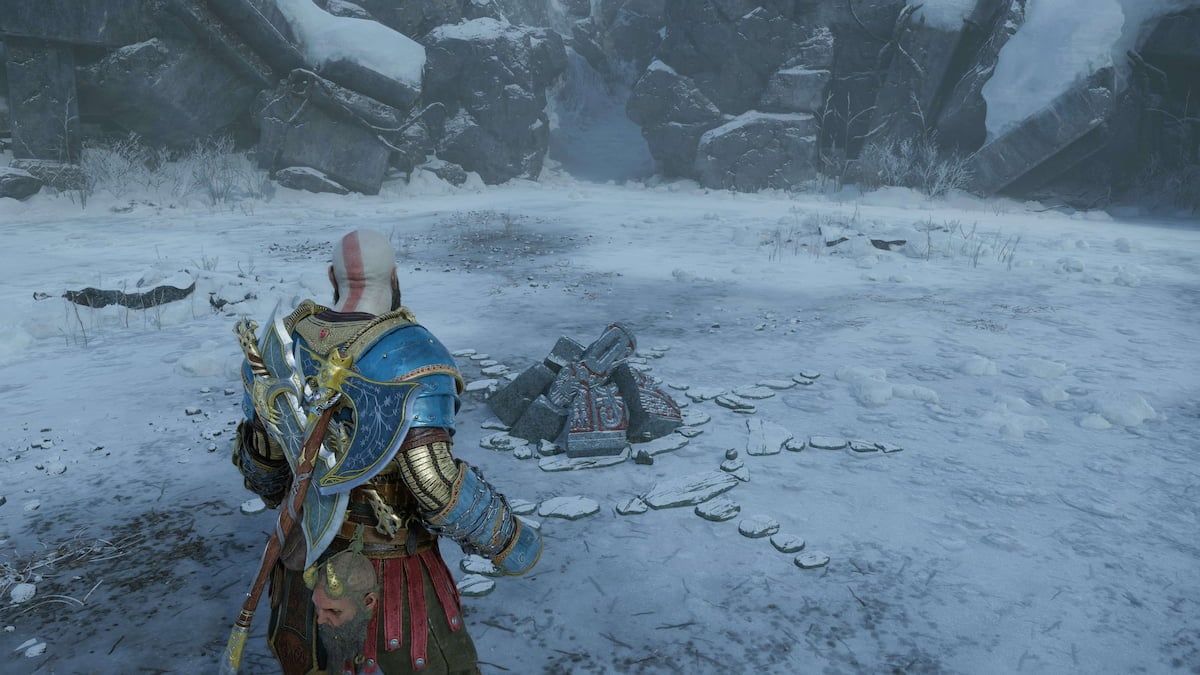 In God of War Ragnarok, when you first arrive at King’s Grave during The Word of Fate goal on The Path main story quest line, the only collectible in this small region will be marked as “Undiscovered”. However, soon after your arrival, you’ll find the Inert Hilt of Skofnung, King Hrolf Kraki, and this will change 10 of the “Undiscovered” collectibles spread throughout the game into Berserker Gravestones.

Usually in God of War: Ragnarok, when a collectible changes from “Undiscovered” into something specific, that means there’s no longer anything stopping you from collecting it, except maybe a fight or a puzzle or two. This applies to nine of the Berserker Gravestones, although you’d be advised to buff up a bit before attempting them, as the Berserkers are tough opponents. But it does not apply to the Berserker Gravestone in King’s Grave. Confusingly, while this one will be revealed on the map along with all the others, you won’t be able to get it straight away.

Related: All Horns of Blood Mead locations in Midgard in God of War Ragnarok

How to fix the King’s Grave Berserker Gravestone “bug”

So, the way to “fix” the problem, is to go looking for the other nine Berserker Gravestones, some of which are inhabited by more than one Berserker, meaning there are 13 Berserkers in all. There are Berserker Gravestones in Alberich Island, Nidavellir, and the Jarnsmida Pitmines in Svartalfheim; The Barrens and The Forbidden Sands in Alfheim; Pilgrim’s Landing and The Sinkholes in Vanaheim; the Lake of Nine in Midgard; and the Mist Fields in Niflheim.