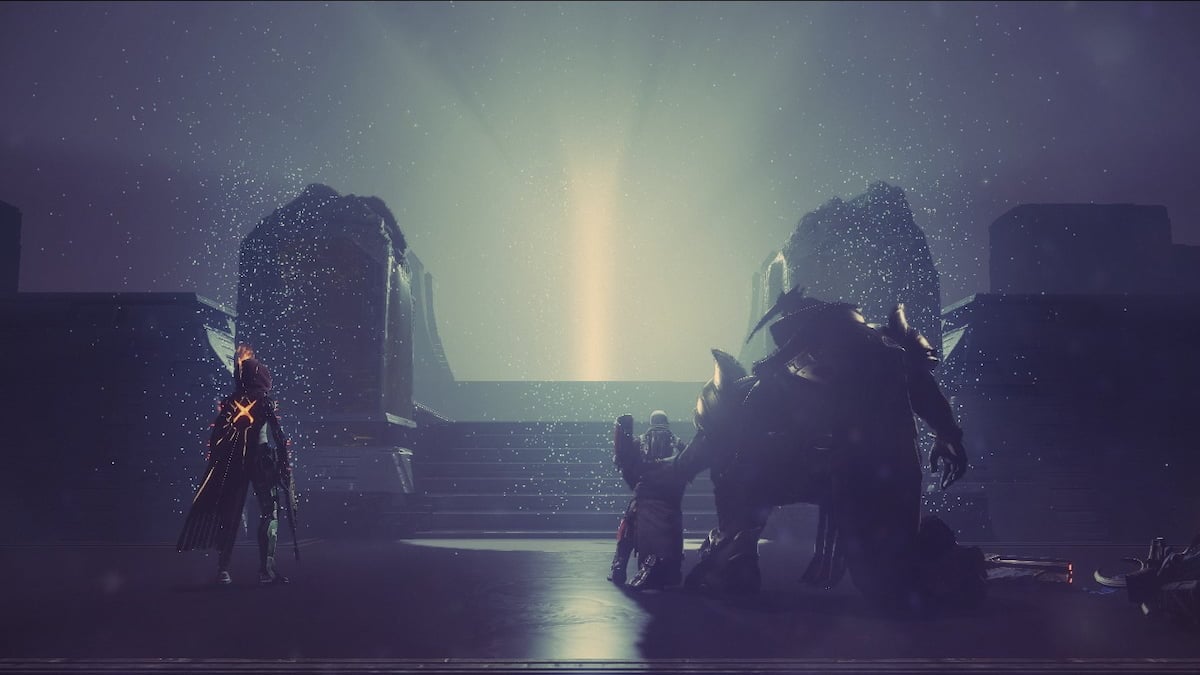 The Catharsis mission in Destiny 2 is the final step in the Bound in Sorrow quest. Here, you will go forth and embark on the last ritual to potentially block Calus out of the moon pyramid, severing the progress that he’s been making with his Derelict Levithan. You will have access to this mission when you reach step 50 in the Bound in Sorrow story. This guide details how to complete Catharsis in Destiny 2.

You will unlock access to this mission as you progress through Bound in Sorrow. If you have not reached this story point in the quest, refer to your log to review what you need to do next.

When you start the quest, you will begin at the center of the Derelict Leviathan. Next, you will need to move towards the Throne Room, where you typically participate in the third tier of the Nightmare Containment public activity. Defeat the forces here, and interact with the door to proceed forward, creating a distraction for Caiatl, Zavala, Eris, and Crow.

Caiatl’s communications will be jammed on the way to the throne, but it’s a straight shot to your destination. Several waypoints will indicate where you need to go to reach the Throne Room in the Derelict Leviathan.

Multiple nightmares will await you at the center when you reach the Throne Room. Stand in the middle of them, and the floor will go down. You will hear Zavala and Crow acknowledge they have completed their amplifiers, but they are attacked and go to static as you reach the underbelly of Calus’ ship. There will be a portal at the other end, and you will need to go through it.

On the other side of the portal, Caiatl will be waiting for you. However, no one else has made it, and it will be up to you two to complete the next step. Jump down from this position to place a banner flag, preparing for what awaits you. When you’re ready, place the Harvester on the node to the left of Caiatl, and start the final ritual.

When you begin the ritual, you will need to face all of the Nightmares you’ve fought through at the other ritual points. In addition, you will encounter the Fanatic, Kethiks, and Ghaul again. When you initially start the fight, the Fanatic arrives, and you can do damage against it using your standard weapons. However, that won’t remain the case, and you will need to grab the Scythe from the Harvester to damage the Fanatic.

After defeating the Fanatic, return to Caiatl and hide behind a shield as multiple skulls attempt to assault your position. Defend Caiatl until the shield, and the skulls go away. Once they do, Kethinks and Ghaul will appear for you to battle once again, and you will need to use the Scythe.

Upon defeating the final Nightmare, a cutscene will play out. You will have completed the mission and return to orbit in your ship.