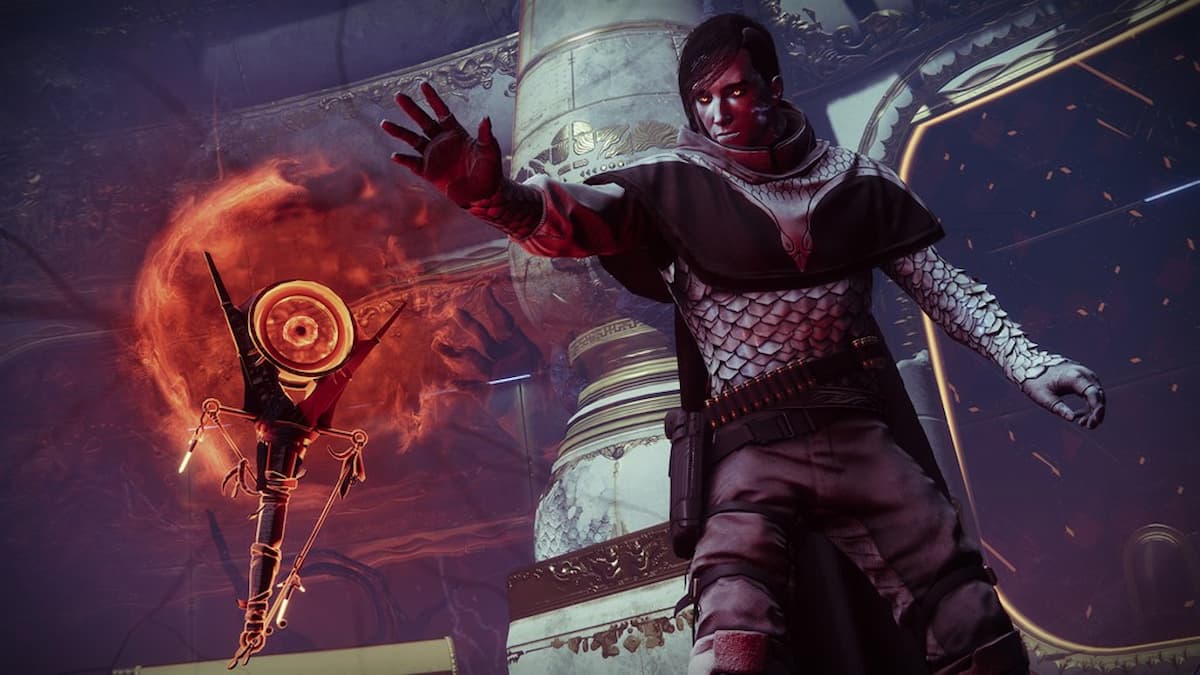 The Season of the Haunted has begun in Destiny 2. You will have to venture onto the Derelict Leviathan and defeat the multiple Nightmares awaiting you on the ship, cutting them down your Scythe and defeating them in the Nightmare Containment activities. Along the way, you’ll need to work on the Bound in Sorrow quest, which will be available throughout the Season of the Haunted. This guide covers how to complete it in Destiny 2.

How to complete Bound in Sorrow

You’ll need to find 500 Vestiges of Dread for the first step. You can earn them by completing Nightmare Containment public events, opening chests, defeating Nightmares and powerful enemies, or completing patrols on the Derelict Leviathan. You’ll want to visit this location often to earn these rewards, banking them throughout the Season of the Haunted.

After you’ve acquired enough Vestiges of Dread, you need to work your way through and complete more Nightmare Containment public events. You can find them routinely happening in the center of the Derelict Leviathan, and you can complete them alongside other Guardians. During the public event, you also need to earn a Bound Presence, which has the chance to appear during the final tier of the Nightmare Containment event.

When you end a Nightmare Containment event, interact with the Harvester to receive rewards. You will need 500 Vestiges of Dread to do this every time.

You can work on and complete the Sever step after you have your Bound Presence in your inventory and you’ve completed three tiers of the Nightmare Containment. This will be an available activity on your map, available next to the Derelict Leviathan.

After completing Sever with Crow, return to the H.E.L.M to check in with him to see how he’s doing following the ordeal. You can find him in his usual spot in the back of the H.E.L.M headquarters.

Return next week for the next step in the quest.

It’s time to return for the second wave of quests. You need to start by returning to the H.E.L.M and speaking to Eris at the Crown of Sorrow.

After speaking with Eris, it’s time to power up your Artifact. You can do this by collecting 500 Vestiges of Dread, which you can do by making your way to the Derelict Leviathan to complete Patrols, Nightmares, and exploring the ship.

Next, you need to complete three tiers of Nightmare Containment missions. You can do this on the Derelict Leviathan and make your way to the final containment tier. You’ll fight against a powerful Nightmare and then acquire a Bound Presence by turning in your Vestiges of Dread.

You and the Crow must return to the underbelly of the Leviathan and attempt another severance ritual.

After completing the severance ritual, return to Crow on the H.E.L.M and speak with him about the ordeal.

The final step for the second week of Bound in Sorrow will have you speak with Eris at the Crown of Sorrow.

Return next week to complete the next series of missions for the Bound in Sorrow season-long quest.

Return to Eris on the H.E.L.M to learn the next step regarding the impending ritual.

For this step, you must have at least 500 Vestiges of Dread before proceeding.

Zavala is not ready to proceed through the ritual; thus, you will have to continue again. You now need to speak with Zavala at the Tower to learn more about his grief.

Now, it’s time to speak with Eris at the center of the H.E.L.M following your conversation with Zavala and about his regret.

Once you complete hearing Eris’ story regarding Zavala’s past, return to the Crown of Sorrow to complete this week’s quest.

You will now need to wait until the Bound of Sorrow quest continues next week to move forward.

Week four has arrived in Destiny 2, and we’re working through the Bound in Sorrow quest. Next, we need to kick off the week by returning to the Crown of Sorrow on the H.E.L.M and speaking with Eris.

For this step, you must have at least 500 Vestiges of Dread before proceeding.

You must return to the underbelly of the Derelict Leviathan to work together with Zavala in Sever – Forgiveness. Zavala must come to terms with his past to proceed forward.

You will now need to go back to the H.E.L.M and listen to the message Zavala has waiting for you. It will be on the holoprojector in the room outside the Crown of Sorrow.

After listening to Zavala’s message, make your way down outside of the room to the Crown of Sorrow to speak with Eris.

You’ve completed another nightmare. Now, you will need to wait until next week for the next series of steps to appear.

The fifth week in Destiny 2’s Season of the Haunted has arrived, and you can now return to the H.E.L.M to interact with the Crown of Sorrow to work through this week’s Bound in Sorrow series of quests.

The corruption is spreading, and there’s little you can do but continue to fight back against Calus. For this step, you need to obtain 500 Vestiges of Dread to make it to the next step.

You need to return to the Derelict Leviathan and fight through the spreading nightmares You will need to complete three tiers of Nightmare Containment missions, and you need to earn the Bound Presence before making it to the next part of the quest.

After completing this portion of the quest, return to the Holoprojector back at the H.E.L.M to heed an important message from Caiatl regarding Ghaul and the ritual.

Now, you will work your way through the Sever quest with Caiatl called, Sever – Rage. This will unlock the last portion of this week’s Bound in Sorrow quests.

Once you complete the Sever – Rage activity, return to the H.E.L.M and speak with Eris at her Moon Sanctuary. She needs to talk to your about how the Derelict Leviathan is interacting with the Nightmares on the moon.

It looks like the Derelict Leviathan is attempting you use the Nightmares on the moon to create even more destruction. You will need to visit the K1 Revelation Lost Sector to purge them out of this location. You can find it in the Anchor of Light, close to the top of the map at the center of Sorrow’s Harbor.

Upon defeating the Nightmare within the K1 Revelation Lost Sector, Eris has sensed a presence in the Moon’s Pyramid, and believes Calus is attempting to use it. You must sever this connection, and you have to make your way over to the Pyramid. You can do this by making your through Sorrow’s Harbor, to the northwest part of the map, and proceed to the Enduring Abyss. We recommend following the Waypoints, and proceed to the left, when you enter the temple in Sorrow’s Harbor.

When you arrive to the Pyramid underneath the Moon, the next step has you investigate the area to learn what Calus is doing. You can do this by going to the left side of this area, and investigating the fallen Cabal.

After investigating the area, and it’s time to return to the H.E.L.M and debrief with Eris to cover what you’ve learned by searching the Moon.

Now that you’ve spoken with Eris, it’s time to wait another week before you can proceed with another series of Bound in Sorrow quests.

We return to this week’s Bound in Sorrow series of quests by making our way back to the Crown of Sorrow on the H.E.L.M. There, you will speak with Eris about what to do next.

Similar to the previous weeks, you will need to unlock 500 Vestiges of Dread. You can do this by completing quests, Strikes, Gambits, Crucibles, or by doing activities on the Leviathan.

Now, after collecting 500 Vestiges of Dread, return to the Leviathan and complete several Nightmare Containment activities. You will also need to make your way to the find tier, and receive your Bound Presence to continue.

With your Bound Presence, make your way to the next Sever mission, Sever — Resolve. Here, Caiatl is ready to face Ghaul, and you will need to do battle against him once more.

With Ghaul defeated, return to the H.E.L.M and listen to a private message waiting for you near the Crown of Sorrow.

Once you’ve listened to the message from Caiatl, head down to the Crown of Sorrow and speak with Eris.

We will need to wait for the rest of the quest next week. This will be the final series of steps for the Bound in Sorrow quest.

We are updating this guide.