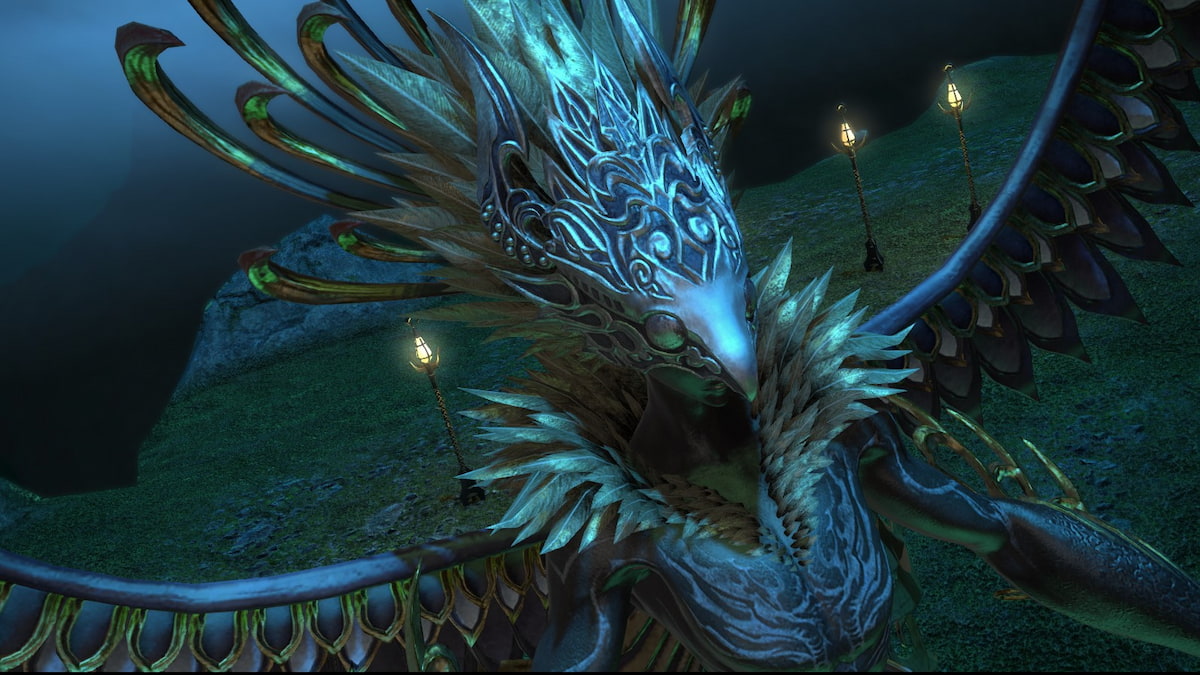 For those keen on completing A Nocturne for Heroes, a limited-time event returning to Final Fantasy XIV Online for 2021, you’ll be able to finish it from September 13 to October 18. You can start this exclusive event by speaking to Kipih in Ul’dah, and after that, you’ll be working through a series of quests to reach Messenger of the Winds eventually. You’ll want to make sure you complete these quests to earn the exclusive Lucian Prince’s outfit.

When starting the Messenger of the Winds quest, you’ll need to have completed the previous quest, In the Dark of Night, and then you need to speak with Noctis in New Gridania. After speaking with Noctis, he’s going to want to meet up with you in Central Shroud, directly south of your current location. Noctis will be fishing by the water.

You and Noctis will be meeting by the water, and he’ll take a photograph of you to celebrate the occasion. Upon finishing the cutscene, you’ll need to return to Kipih in Gridania, and you can find them in the previous location from In the Dark of Night quest, at the Mih Khetto’s Amphitheatre.

Kipih will inform you the mechanical soldiers have been spotted elsewhere. You and Noctis will need an airship to reach the location. Before you go, Noctis will share his ability to give you the Power of Kings. You’ll then have to meet up with Kipih again, who has moved to New Gridania, right outside The Roost. Like battling the Daemon, you’ll need to adjust your character to level 50 before embarking on the adventure.

You and Noctis will have to defeat the Garuda-like Being, another creature from Noctis’ world. Noctis’ power that he gave you will be available here, where you’ll be able to use Warp Strike, which is a good attack to use, but you don’t want to rely on it. You primarily want to use your standard attacks against Garuda, use your Warp Strike whenever Noctis uses it against Garuda, and use it on the Monoliths to avoid her attacks. The overall battle can be tough if you’re not using your usual attacks, so we recommend focusing on those.

Once the battle has been completed, Noctis will deal the final blow, and the two of you will be able to walk away. Garuda will acknowledge your strength following the battle. Shortly after the fight, Cid and Kipih will appear with Noctis’ car.

You’ll then be returned immediately in front of Kipih, and you can turn in the quest. You’ll have earned all pieces of Noctis’ outfit, and you gain the chance to exchange MGP for special items by speaking to Ironworks vendors at the Gold Saucer.