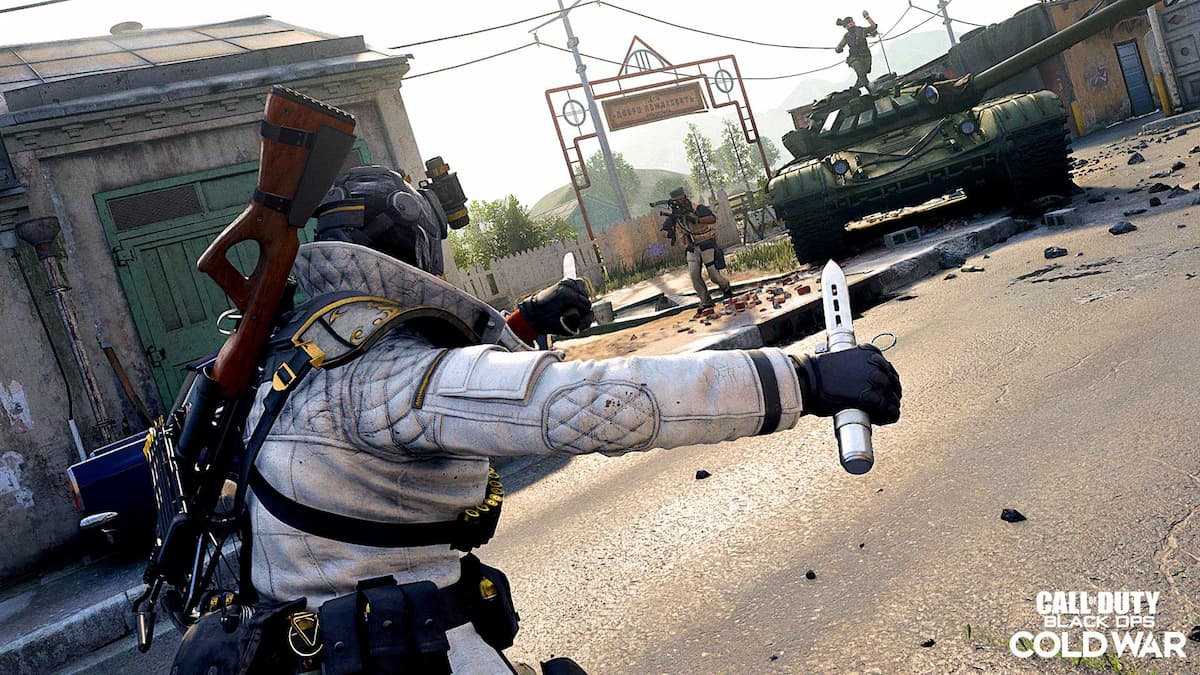 When picking to play as an operator in Call of Duty: Black Ops Cold War or in Warzone, you’ll have several skins to choose from. The skins and appearance of these characters do not have a distinct gameplay advantage, but they give you a unique look that differs from the other players you’re playing with and against. Many of the operators in the game have missions you can complete to unlock more recolors. Sims has a mission operator series of tasks called Military Assistance Command.

You can unlock access to the Military Assistance Command operator missions for Sims by purchasing the Season 3 battle pass and reaching level 30 on the track.

These are all of the objectives you need to complete to finish the Military Assistance Command operator mission, and to receive all of the rewards.

The first task will be taking down 25 players using a tactical rifle with an attached 2x scope or better. We highly recommend using the M16, DMR 14, or the AUG of the tactical rifles available. These are fan-favorite weapons that come with a lot of high praise, especially from players competing in Warzone.

The next challenge will be to block five incoming projectiles with a trophy system attached to your vehicle. This task can be extremely tricky as you have to find the correct spot to place your trophy system, and you have to wait for an enemy to fire a rocket at you. There’s quite a bit of luck involved, but if you add a trophy system to your preferred loadouts, you should be able to stack these up pretty quickly, especially in Warzone.

The third challenge is that you need to destroy five enemy vehicles. You want to make sure you’re picking from any of the Black Ops Cold War multiplayer games that have vehicles in them to wrap up this challenge if you’re working on the multiplayer front. There are several on the Warzone map, so either option will be a good way to complete this challenge. You want to make sure you have a launcher in your loadout to make short work of them. Most of the assault rifles can damage, but they don’t reliably destroy them before another player can drive away.

The final task for this operator mission has you getting three multi-kills while using an assault rifle. This is fairly similar to the first challenge, but you need to take out multiple enemies within a few seconds of each other. You’ll want to participate in Black Ops Cold War multiplayer matches to complete this task pretty fast because the enemies are typically more clustered together. It’s a bit more difficult to find multiple players huddled close by each other in Warzone, but it’s not impossible.

After you’ve completed all of the tasks, you’ll have access to the two skins available in these mission operator skins and all of the rewards that come with them.