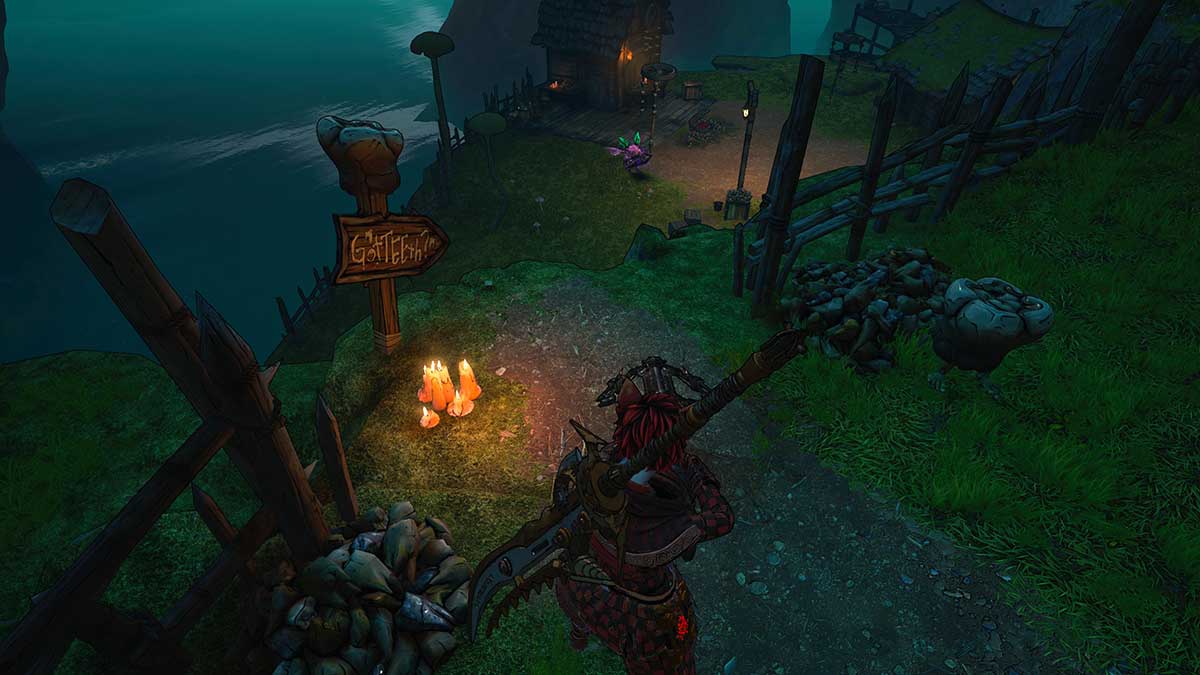 Cash 4 Teeth is one of the most memorable side quests in Tiny Tina’s Wonderlands. You’ll pick it up as you progress through the Weepwild Dankness from a poster pinned to a pole. Follow the quest marker, and you’ll be in a very questionable situation. This guide explains how to complete the quest so you never get stuck waiting for the next beat.

After meeting the absolutely disgusting Tooth Fairy and agreeing to help it find some precious teeth, you’ll need to kill some skeletons. You get two quest markers for locations where skeletons will spawn, but you must hit them in the head to get the most teeth out of them. When we picked these up, we had to thoroughly explore the area around the quest markers because one skeleton was hiding and we needed its teeth.

The second step in this quest is collecting more teeth, this time from goblins. Once again, you’ll get a quest marker for some nearby goblins, so head over there and shoot them in the face. As with the skeletons, you may need to hang around for one extra goblin to appear or spawn. We had trouble getting the last tooth, but the goblin will spawn eventually. After this, there’s almost a third set of teeth to collect, but Valentine has a problem with doing anything else for the Tooth Fairy, so instead, you return to it and give it the teeth.

After placing all the teeth into the chest, it transforms into a Mimic and tries to eat you. This boss fight escalates quickly, and you’ll need to manage the enemies if you want to win. Kill the Mimic first. You can kill a Tooth Decay each time you’re downed to get back up. Try to use a spell that restores health so that you can fight for longer. Then, once the Mimic is dead, focus on killing the Tooth Fairy. It will randomly shrink and grow while flying around the area, but you can deal loads of damage to it with abilities and spells. Once it’s dead, it’ll drop a glut of loot.