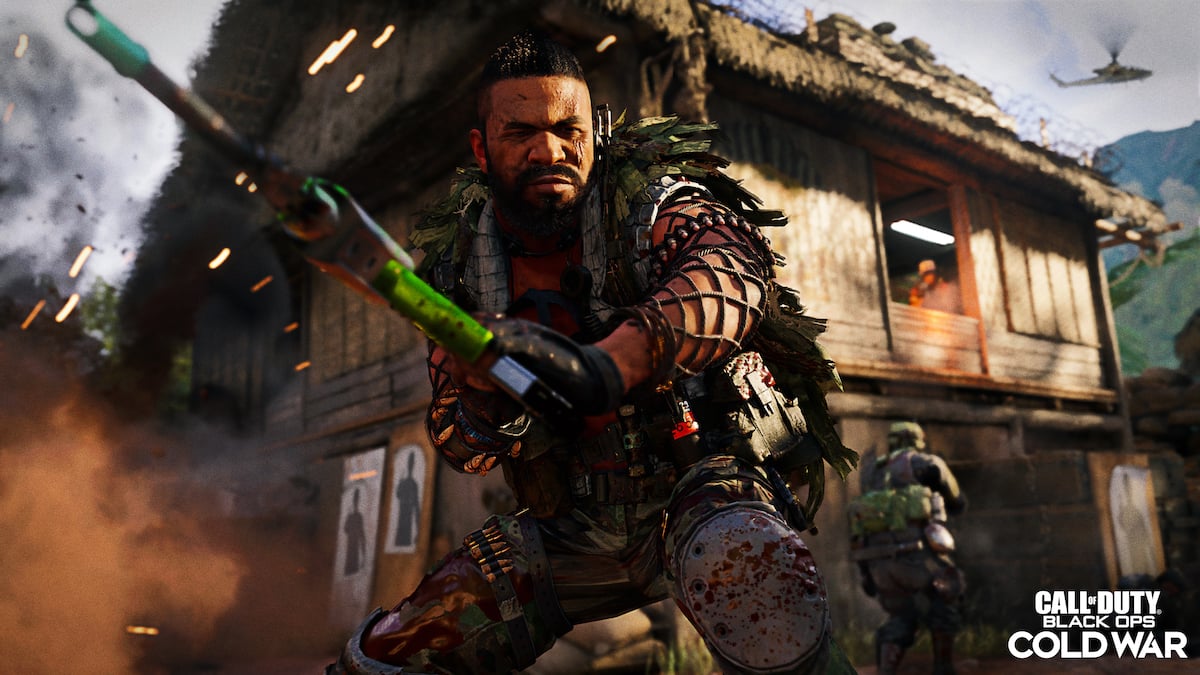 There are plenty of brand new Operator Missions for you to sink your teeth into with the new Battle Pass for Call of Duty: Black Ops Cold War. Along with a brand new operator, a good chunk of old ones is getting some new objectives for you to complete to unlock some skins and other cosmetics.

This is the case with Stone, who has the Dishonorably Discharged mission for you to work your way through. You can only unlock the mission once you have reached Tier 30 in the Battle Pass (we hope you took advantage of that double XP weekend). Once it is open for you, you will see that it follows the same structure as the other Operator Missions with four objectives to complete and a reward for completing each one. Getting through every objective will get you the Breach and Clear skins for Stone.

So if you’re working your way through this new battle pass and want to see what work you have in front of you, here are the four objectives you will have to tackle:

Those are the objectives you will have to finish to complete the mission, and they will be done in this order. While they are pretty basic, we do have some tips for you to have an easier time finishing them.

Use an SMG or Shotgun for the Point Blank medals, as they are the most-equipped weapons to do damage that close to another player. As you can guess: don’t even consider using a sniper.

Using the Tracker perk will allow you to find enemies and catch them by surprise. It can be hard to get close to someone if they see you coming, so using this perk will help come up from behind them. This also means that you should also use the Ninja perk to quieter your sprinting, and they won’t hear you coming up. This can save your life and make it so much easier to get the point Blank kill.

Use the Danger Close Wildcard so you can carry two C4’s on you, rather than the usual one. C4 kills can be tricky, and you are bound to make some errant throws. This will allow you to recover and hopefully get a kill with another attempt.

Use the Gallo SA12, if possible, as it is our favorite shotgun and viewed, generally, as the best in the game. It has a quick rate of fire and also an impressive range. You will have the easiest time getting those 20 kills with this gun over any of the others.