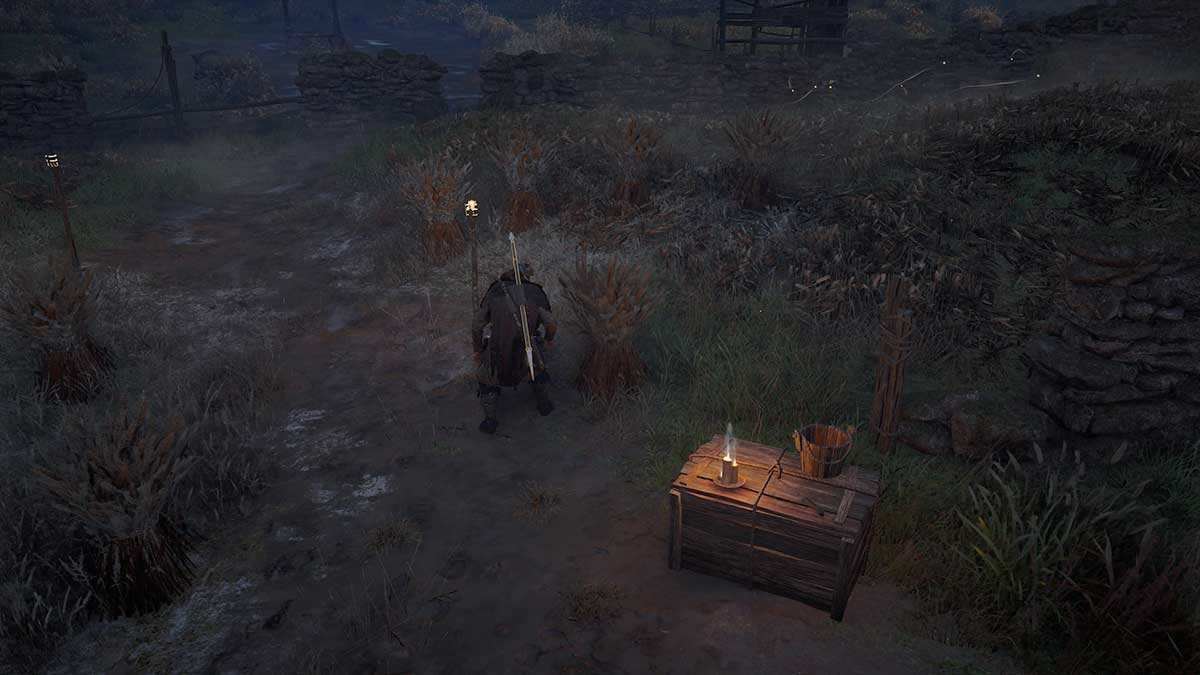 The Drink of the Picts is a World Event you’ll encounter in Assassin’s Creed Odyssey crossover story in Assassin’s Creed Valhalla. You’ll find it in Dunvegan Village, where you can hear a man panicking about something that he’s lost. This guide explains how to complete the World Event, so you don’t get stuck on it for too long.

There’s a house near the man that the World Event icon is linked to in this village. Break into it and pick up the note on the table in there. It’s a list of ingredients for a new kind of drink. Now go and talk to the man, and he’ll tell you that he’s trying to make a revolutionary new drink. He’ll then ask you to gather the ingredients.

You’ll need three ingredients for this recipe. The first is wheat, which you can find on the farm just behind the man you speak to. However, you can only gather it at night, so come back when it’s dark to get this. The same goes for the firefly you need, which is in the field of dead grass further away from the farm behind the wheat. Finally, you need crushed barely, which is in the pen with the two wild boars. These boars are angry, so you’ll need to kill them to get the crushed barley.

When you have all three ingredients, return to the man you spoke to at the beginning of the quest to complete it. He’ll express his gratitude, but he’s unwilling to share any of his new brew with you.