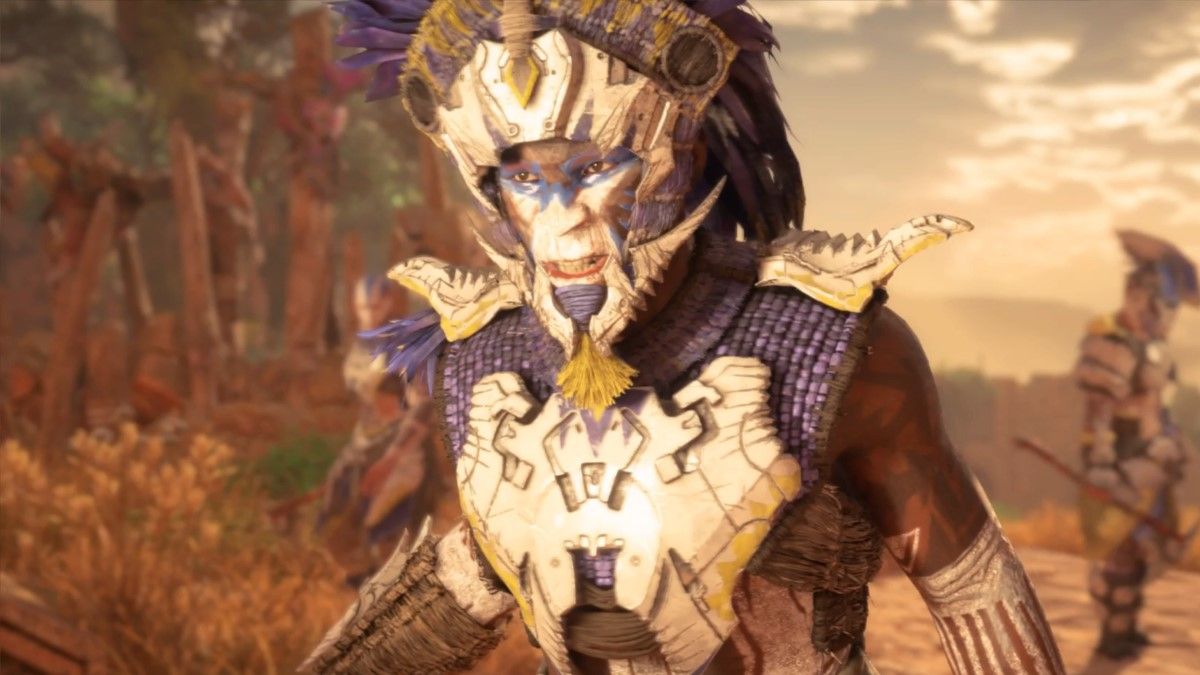 After you complete To The Brink quest in Horizon Forbidden West, you can immediately continue the main story in the The Embassy main quest. Completing the Embassy will also unlock objectives in related side quests, such as The Bristlebacks. Your first objective is to go to Barren Light, so head south out of Chainscrape, stopping at the Charger Mount Site to get a mount if you want to get to Barren Light a little sooner.

To override a Charger, sneak into the Charger site from the north, where there’s a lot of tall grass to hide in. The game will give a tooltip telling you that you can use a power attack to knock down a Charger, then override it when it’s knocked down. But you can also just sneak up behind one and stealth override it. Mount your overridden Charger then be on your way (tap X a few times to speed your mount up).

When you reach Barren Light, speak to Lawan at the castle gate. Follow Lawan up to the battlements and talk to Commander Nozar. Now you have a choice whether to open up the Forbidden West now… or wait until later. Say “I’m going now” to continue the quest, and Varl will show up, ready to accompany you to a meeting with the Tenakth.

Related: How many story missions are in Horizon Forbidden West’s campaign?

Interrupt the meeting at the Embassy, have some long conversations, then get into a fight with some Rebels. Your objective during the first stage of this battle is to force all of the Charger rides to dismount. You can do this using your bow (Concentration will help a lot), or by laying Tripcaster traps. Once a rider is dismounted, kill them quickly before they get back on their Charger.

After the cutscene, you’ll be attacked by some Rebels riding Acid Bristlebacks, so switch to acid arrows and aim for the acid containers to make them explode. After another cutscene you’ll have to take on Grudda, the Rebel champion, one-to-one. Dodge his attacks then counterattack by holding R2 to charge up an attack that will break his shield. When he’s unprotected, hit him with a string of quick attacks (or, even better, use the Nora Warrior combo skill if you’ve unlocked it). Repeat until he’s defeated to complete the quest, get the Shieldwing, earn the Attended the Embassy trophy, and unlock the Forbidden West.