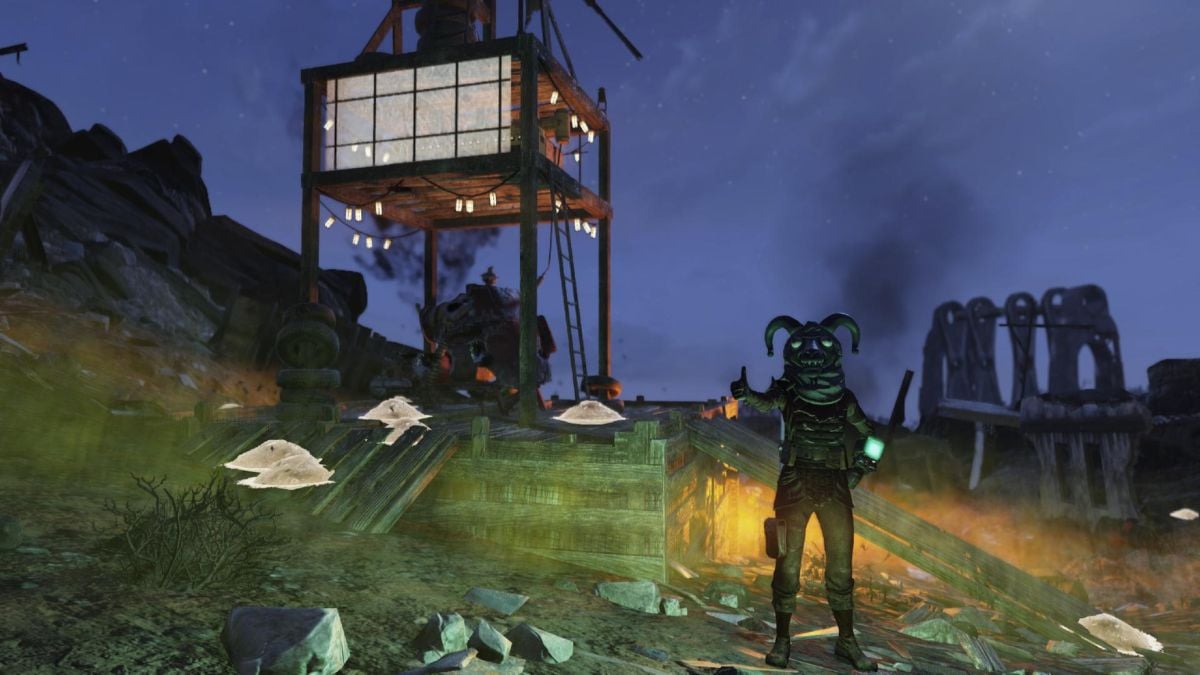 The Test Your Metal update for Fallout 76 brought in three additional events for you and your friends to take on. Speaking of which, you may want to gather up some allies if you plan on attempting the Eviction Notice event. This high-level event will have you face off against a horde of Super Mutants in an attempt to clear out an irradiated area for Foundation. Can you survive the onslaught and get the rewards?

The Eviction Notice event appears at the Foundation Outpost to the east of Foundation that was added during the Test Your Metal update. You can easily reach this area for free by traveling to Foundation and heading east to the area marked on the map above. Be careful of the radiation along the way and be sure to bring a radiation suit in case it is needed.

How to complete the Eviction Notice event

When the event begins, you will be required to repair the Rad Scrubber in the center of the crater. Go down to where you see a small tower with a wind turbine on top. The Rad Scrubber is the generator-looking machine that you will see at the base of the tower. Hold down the interact button on the machine until it is repaired.

Once the machine is repaired, you will get a new objective to defend the Rad Scrubber. This will be accompanied by a 10-minute timer. During this time, you will be attacked by wave after wave of strong Super-Mutants until the timer runs out. If you are working with a group of players, now is the perfect time for you to split up because a second objective will appear.

The second objective that appears will tell you to destroy six meat bags in the area. There is a bunch of areas where these meat bags can appear but they will all appear in the nearby vicinity so they won’t be too difficult to find. Each time you participate in this event, the meat bags will move to a different location. Once you or other members of your team have destroyed all six of the meat bags, you will only need to worry about defending the Rad Scrubber.

For completing this event, you and your allies will each gain Settler Reputation, some normal loot such as ammo, stimpaks, etc, and a chance to receive one of six new legendary weapons.