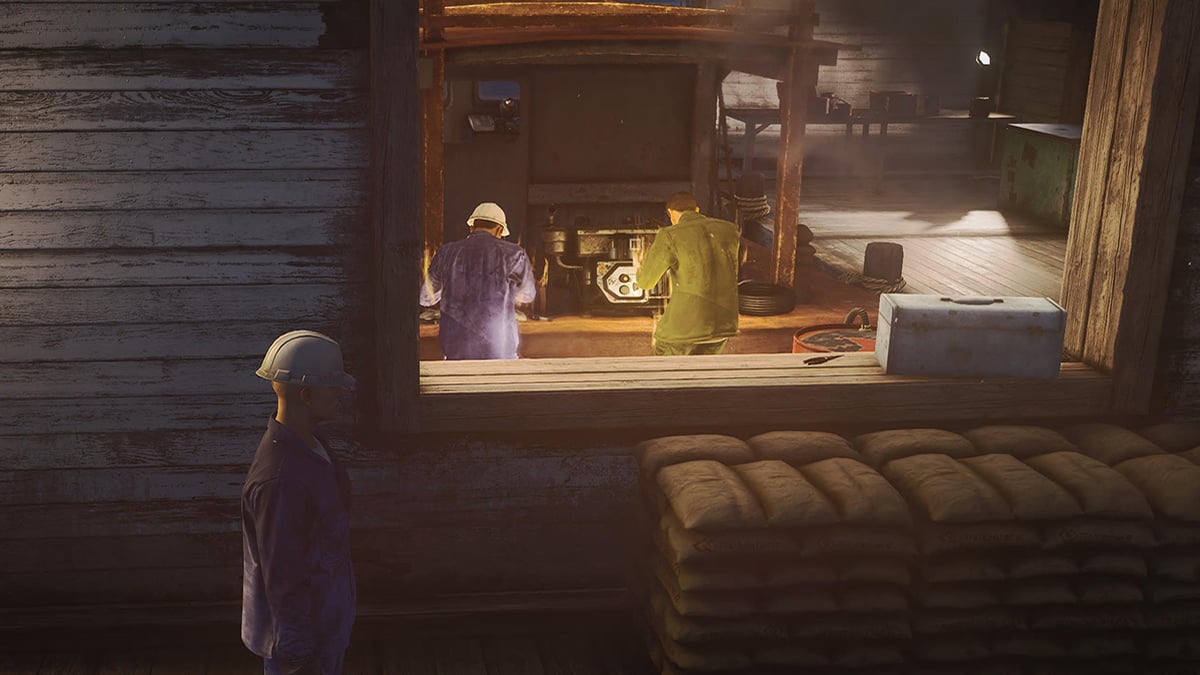 Ambrose Island has many challenges for you to complete, including discovering each area around it, finding every disguise, and killing your targets in various ways. This guide explains how to complete the Ingenuity Assassination on Ambrose Island, which is one of the more complex ways to kill a target that this location offers.

Related: Where to find the submarine key on Ambrose Island in Hitman 3

How to complete the Ingenuity Assassination

The Ingenuity Assassination requires you to kill Noel Crest using the boat engine in the stilt town area. You’ll need a few things to pull this off, starting with the engine’s location. See below for a map reference for the boat engine.

However, you can’t get close to the boat engine without an engineer’s disguise. Use the water tank next to the boathouse to distract one of the engineers into coming outside. When he does, subdue him and drag his body to the crate further down the pier to hide it. Then, take his disguise. This will allow you to move around the area more freely.

Crest will occasionally walk into the boathouse and ask if it’s fixed yet, but the engineers can’t do a thing because their tools have gone missing. You need to find a wrench and a screwdriver to get the job done and kill your target.

Where to find a screwdriver

You can find a screwdriver sitting on a toolbox outside one of the many houses in the stilt village. Pick it up, and no one will mind what you’re doing while you’re in the engineer’s disguise. See below for a map reference for the screwdriver.

Where to find a wrench

You can find a wrench in the main pirate shanty town. It’s sitting on the side in the open structure where someone is furiously welding away. Once again, you can pick this up without anyone batting an eyelid in your current disguise. See below for a map reference for the wrench.

With a wrench and screwdriver in hand, it’s time to go back to the boathouse. Use the wrench to fix the engine. This will prompt the engineers to say something new to Crest when he visits next time. However, that alone won’t kill him. To do that, you must puncture the gasoline tank next to the engine. Ensure you do this when no one is looking because it’s an illegal action.

Finally, it’s just a matter of waiting for Crest to visit the boathouse and come inside. He’ll turn on the engine, which will set the gasoline alight, and he’ll burn to death. This counts as an accidental kill, so if anyone finds the body, which they will, it doesn’t ruin your Silent Assassin rating. What will ruin it is if the engineer Crest speaks to gets too close to him while he turns the engine on. If you want to use the Ingenuity Assassination as part of a Silent Assassin run, bump into the engineer as he walks to ensure he doesn’t get too close to the fire and die.