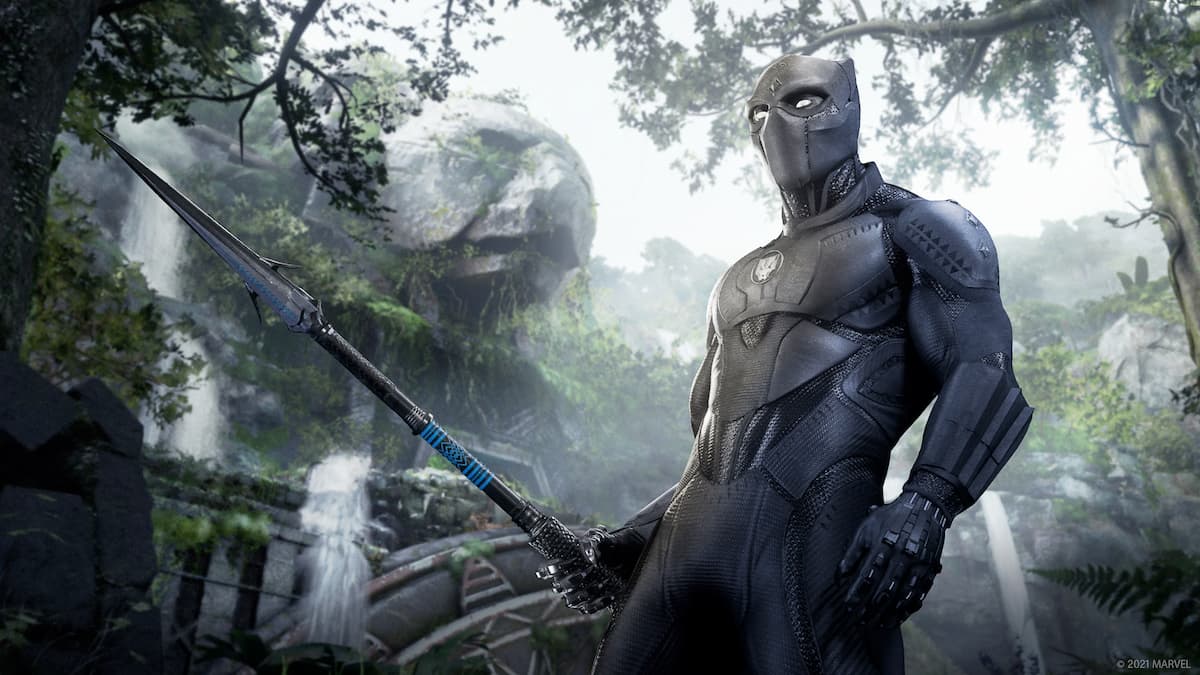 Like other characters before him in Marvel’s Avengers, Black Panther comes with his own set of objectives for an Iconic Mission Chain. Completing this chain, titled The Panther King, will grant you his King T’Challa Epic Outfit. Tackling these challenges will test your skill with Black Panther’s abilities, and it should be fairly easy to get through while completing the War for Wakanda campaign.

What is Black Panther’s Percussive Blast?

The most unclear objective in this mission chain is Black Panther needing to defeat 15 enemies with combo enders while Percussive Blast is active. If you go to Black Panther’s skill tree, you will see a helpful description of this ability — it will be under his Intrinsic Overcharge Ability tree.

The skill’s description is as follows: “Double Tap [the intrinsic button; right trigger on controller] when the intrinsic meter is full to trigger a burst of kinetic energy that knocks away nearby enemies and increases all damage done by 10% for 10 seconds.” In other words, parry enemy attacks to build up intrinsic energy, start up with the Percussive Blast (assuming you have that skill unlocked with skill points), then finish someone off with low health using a light or heavy combo in that 10-second window.