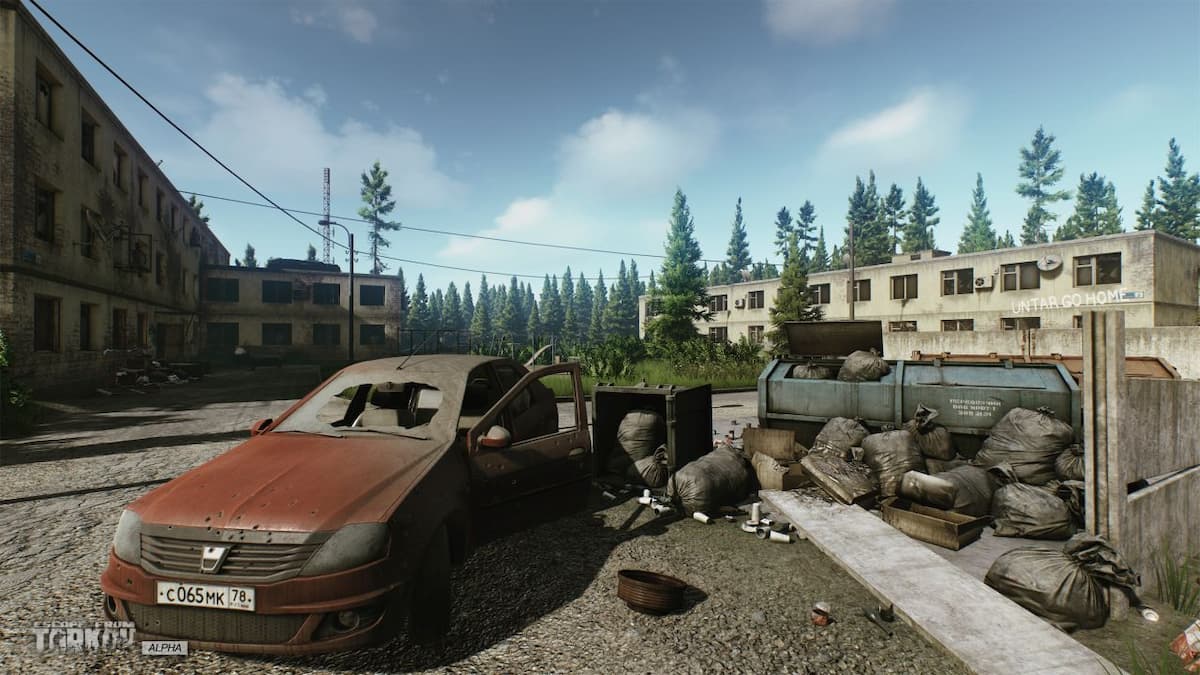 In Escape from Tarkov, The Pharmacist quest is given by the Therapist once players hit level 10. This quest focuses on locations within the Customs map, and is a relatively straightforward matter.

As tends to be the case, the difficulty isn’t in the quest chain as much as it is in the PvP aspect, made more difficult by needing to move through Dorms, one of the more dangerous regions of Customs. Approach cautiously, listen closely, and be deliberate in movement.

For Pharmacist, the Therapist seeks a “new medical device” that she noted an intern holding during a party prior to the fallout. Players need to find the paramedic’s car in Custom, a blue VAZ 2109, and retrieve a key from the vehicle. Then, move towards the two-story Dorm and enter room 114 to retrieve the Carbon Case for turn-in.

Players don’t necessarily need to find the car in order to get the key. This key can be found on the market — if players’ are at a high enough level to access the market — and also in the pockets of Scavs. If players haven’t found the key by the time the quest procs, however, finding the vehicle is a simple endeavor.

Move to the eastern side of Customs — this car is found by the checkpoint guardhouse. In the trunk, a jacket containing the room key (unless already looted by others in the server) makes for relatively easy pickings, but be cautious of players coming from the south from the warehouses.

Room 114 is found on the two-story side of Dorms, on the first floor. Rather than entering from the courtyard, enter from the eastern side of Dorms and look for a pile of garbage bags next to an open window. Clamber onto the garbage bags, then leap onto the window sill to avoid the potential gunfight in the Dorm courtyard.

Once inside, stop and listen momentarily for audio cues. The room is to the right once you exit the latrines that you’ve clambered into. The door is reinforced with metal bars, on the right side of the hallway.

The Carbon Case is found on the desk, despite the Therapist stating it’s within a safe. Grab the case (putting it in your secure container may be wise), and successfully exfil. Turn in the quest, and you’ll find that your quest chain has opened exponentially.