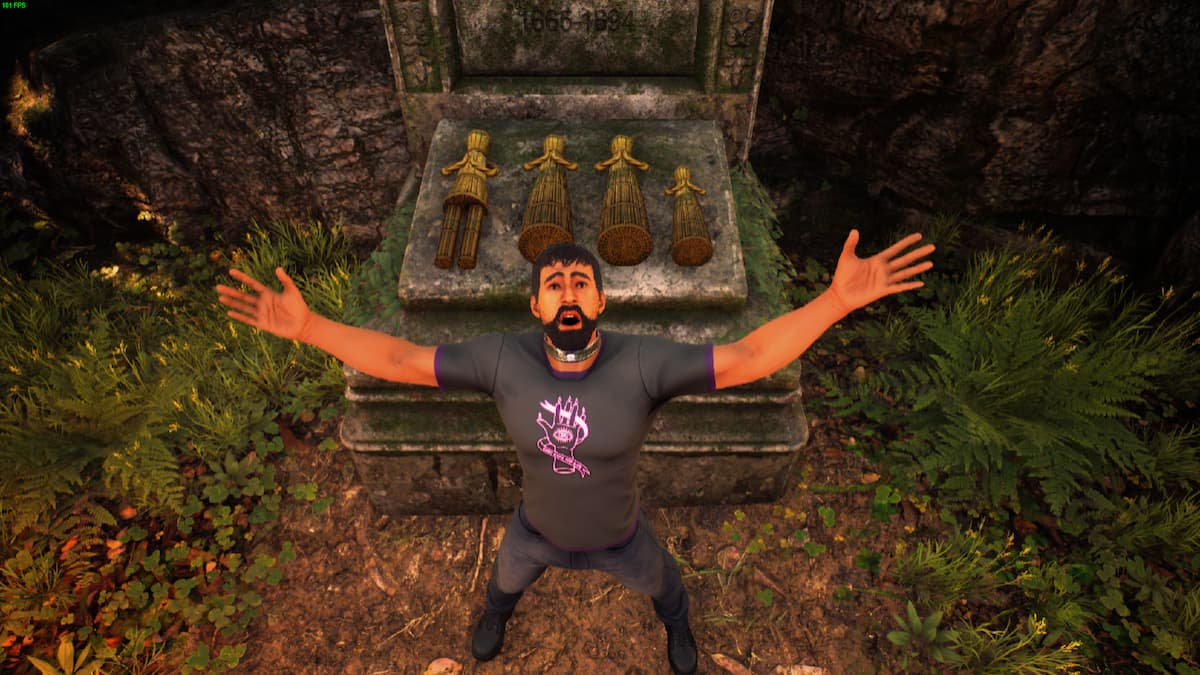 The Abbey is home to the Midnight Suns and numerous quests known as mysteries. Marvel’s Midnight Suns is a supernatural twist on the XCOM formula, and spends equal time between tactical turn-based combat and the Abbey. This hub is home to various upgrades, characters, and optional training challenges. It also features dozens of secrets to find, many of which can boost your roster of heroes tremendously. This guide will explain how to complete the Unknown Grave Mystery in Marvel’s Midnight Suns.

The Unknown Grave Mystery is one of the first quests you can stumble across while exploring the Abbey Grounds. Midnight Suns doesn’t feature much in the way of in-game location markers, so if you don’t know where to look, you can’t begin the quest. After you obtain the Oshtur Word of Power from Agatha, you can use the Open ability to enter gates located on the Abbey Grounds. Head to the area located by the black and gold Hunter tracker to begin the Unknown Grave Mystery.

Head to the area pictured above in the Dreamer’s Descent marked by the black and gold Hunter tracker to begin the Unknown Grave Mystery.

This mystery requires you to find three handmade dolls that Hunter used to play with when they were a child, hidden in the Abbey Grounds. Use the numbers on the map pictured above which correspond with the doll hidden in that location.

This doll is shaped in the image of Caretaker, and is the easiest doll to find in this area. Head up the wooden bridge. At the end of the bridge, look to the right to see the doll resting on a table.

This doll was made to resemble your custom character but bears no resemblance. This doll is resting on a table at a dead end near a rocky hill.

Hunter built this doll to remind him of Lilith, their mother, and the current supernatural terror. You can find this by accessing the Stone Terrace near some old run-down equipment.

4. Return to the Unknown Grave

After finding the three homemade dolls, return to the grave site and place them. Once you do, an Epic chest containing epic and rare cosmetics will appear, and an Arcane Key to open it with. Caretaker will appear and provide story closure for these dolls and their original purpose.