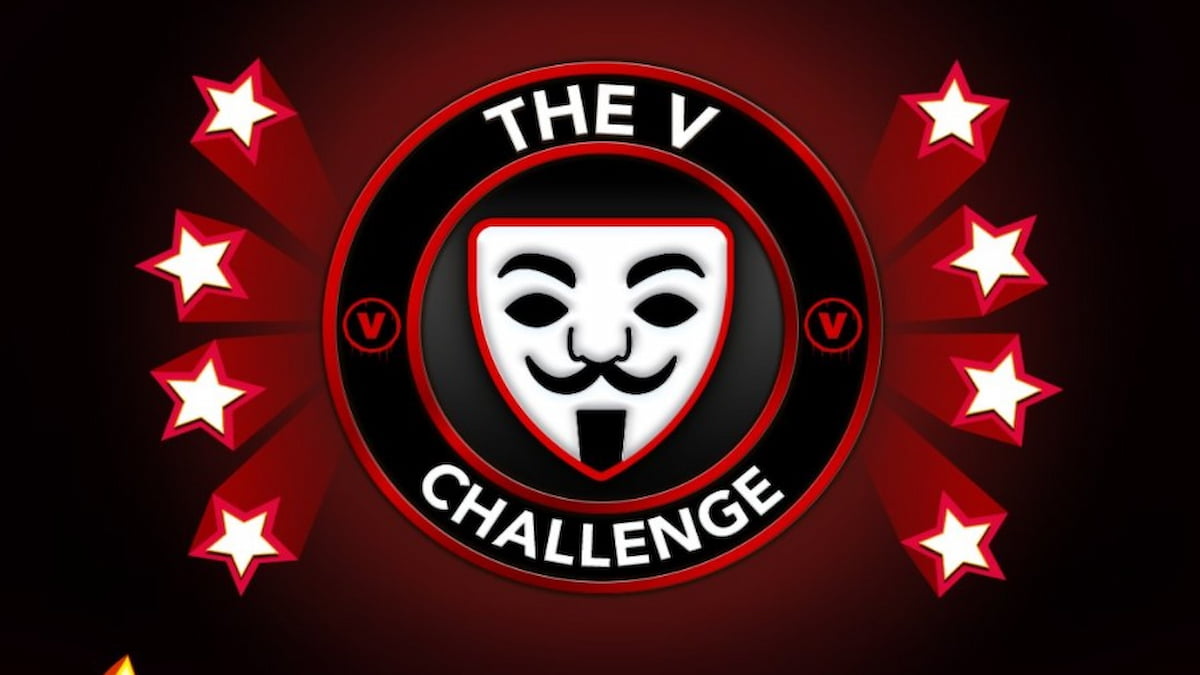 In a surprise twist, a new challenge has been released in BitLife a day ahead of schedule. Typically, these challenges occur on Saturdays, but this one for November 5, will be happening today, on Friday. All players have five days to complete the challenge to earn a random appearance item. Here’s what you need to know about The V Challenge in BitLife.

These are all of the tasks you need you complete for The V Challenge in BitLife.

The first task is to make sure the character you’re playing for this challenge was born in the United Kingdom. They can be born anywhere in the United Kingdom, so any location that fits well for you. After they’ve been born there, you can work on progressing through the rest of the challenge.

Once you’ve done that, you’ll need to rob a bank wearing a Guy Fawkes mask. You can rob a bank underneath the Activities tab, and scroll down to Crime, and you can rob a bank. Before robbing a bank you’ll be able to pick the mask you want to wear. Similar to the Communist Manifesto, the Guy Fawkes mask won’t always be there, and you may need to Age Up until it does appear to complete that task.

Next, you’ll need to go to prison. Hopefully, after you rob a bank, you’ll be taken straight to prison, but it might not happen. You can commit other crimes to eventually be arrested by the cops, and sent to jail. After you’re in prison, you’ll need to work as a barber. While in prison you can choose to have an occupation menu, underneath Prison Jobs. If you don’t see it, attempt to Age Up again until you see it appear. You’ll need to work here for five years.

The last thing you’ll need to do is escape Prison with a riot. You can commit a riot underneath the Prison tab as a prisoner. In it, you’ll be playing a game of snake where you need to grab 10 prisoners to ‘recruit’ and fight against the guards. After you have all 10 prisoners, you’ll battle against the guards, and there’s a chance you and the other prisoners can escape. This won’t always happen, so you may need to do this a few times before you’re successful.

After you complete the V Challenge, you’ll earn a random accessory item you can wear on any of your BitlIfe characters.