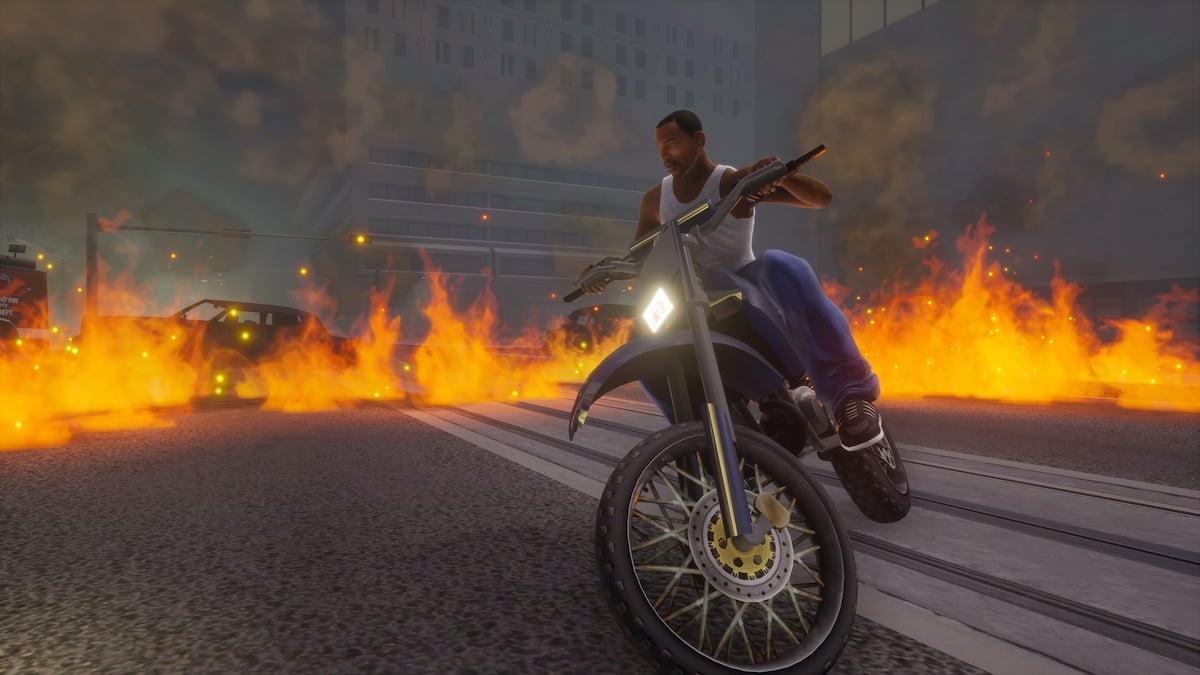 Vigilante missions randomly assign one or multiple NPCs inside a car as a threat, providing you with a time limit to eliminate that threat. You get money for each threat you wipe out. Just as with the taxi missions, the timer stacks. The quicker you eliminate each threat, the more time you’ll have overall.

Vigilante missions can be initiated by pressing up on the directional pad from within in a police vehicle. While any normal cop car or motorcycle works, we recommend finding a heavier vehicle such as the one pictured in the screenshot at the bottom of the article as soon as possible. You’ll most likely have to swipe a standard cop car or motorcycle first and complete one or two Vigilante missions. Once your wanted level has risen to two stars, you can wait at the scene of one of the engagements to steal the aforementioned vehicle. This will make it easier to ram into criminals to either set their vehicles on fire or catch them in a situation that forces them to flee from their car or sit still as the AI is unsure what to do.

We also recommend making sure you have an SMG so that you can perform a drive-by. While many vehicles are easy enough to ram into until they catch fire or get stuck, some AI is more resilient, particularly the vehicles that shoot at you. To drive-by, hold the left or right face buttons on your platform’s controller to aim the camera in that direction. This means you’d hold the square button on a PlayStation controller to look left. The SMG can then be fired with the left bumper on an Xbox controller or your platform’s equivalent left shoulder button.

Exiting the vehicle is a possible strategy in some scenarios, but it’s dangerous. You can cause a blockade and shoot threats to death as they flee or sit in their cars. Unfortunately, as you’ll have cops on your tail, this is a sure fire way to get yourself killed. It’s only really reliable for the first few Vigilante missions. Another possible way to die stems from sustaining too much vehicle damage. If the car starts smoking, leave immediately and steal another one. It’s better to fail a mission because of the time limit than from dying. Unlike the main story missions, which now offer a restart option, death in a Vigilante mission means losing your inventory.