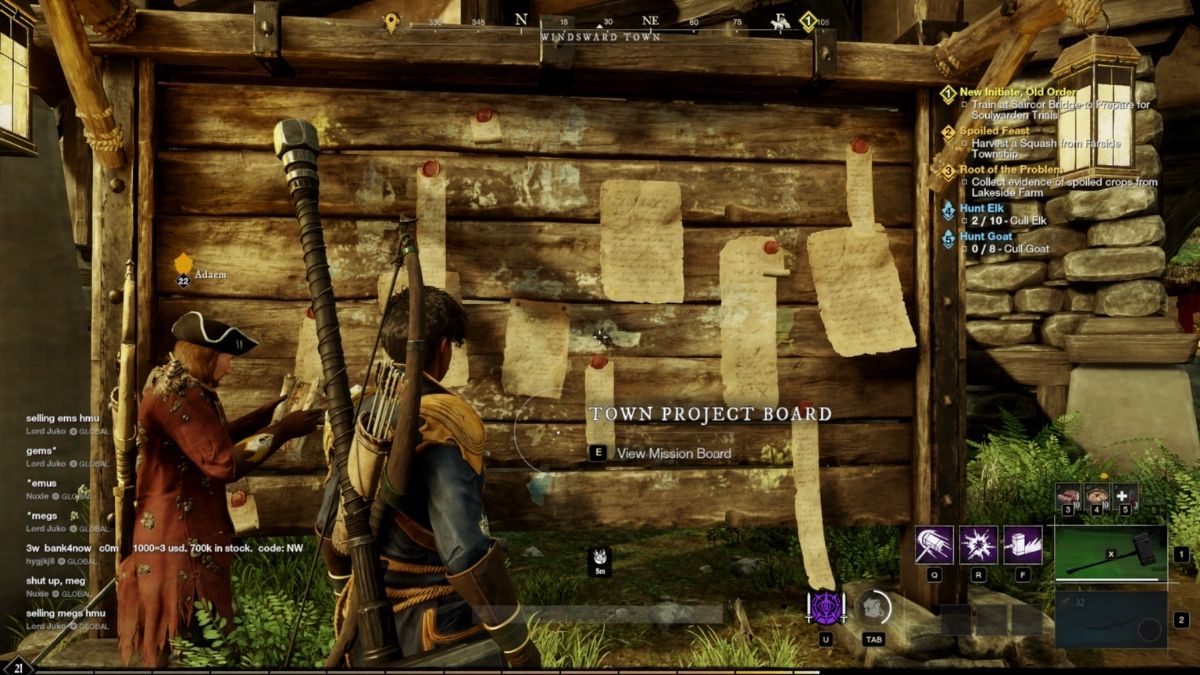 Safe to say, some people don’t play New World for the main story. Instead, they play to explore a rich world filled with enemies and activities while enjoying the grind. Others just love getting their PvP on. Some people become entrenched in supporting their favorite town, and for those people, there are the town projects boards.

Town project boards can be found in every major settlement across the map, from Everfall to Monarch’s Bluffs. They are generally found in central areas of town, on a board covered in papers. Nearby tends to be the Governer’s Desk, War Board, and Territory Planning Board.

For each mission you do, you can earn XP, coin, and further the town’s progress. So, when you do these missions, pick towns that you prefer and want to improve. This often means picking a town that your faction owns, but when that’s not an option, just pick your favorite place to grind.

One of the mission types on town boards is Discovery missions. In these, you go to a local area and search enemy bodies or crates/chests for certain items to bring back to town. For example, a common area of interest in First Light is Saircor Bridge.

The town board will also often offer up resource missions, where you should collect a bunch of a certain material to give back to the region. However, these resources could be refined or raw. For example, sometimes you will have to get hundreds of iron ore, wood, or rawhide. Other times you need dozens of iron ingot, timber, and leather. On the plus side though, it gives you great boosts to your harvesting, tanning, stonecutting, and other skills.

At times, this is easily the most satisfying task on the board. There is just something special about slamming your hammer down on a one-hit turkey and getting rewarded for it. However, the hunting quests can be as easy as smashing rabbits or as difficult as hunting down a powerful bear. And, sometimes, the hardest part itself is finding the designated creature out in the wild, so don’t be afraid to look it up. The better hunter you become, the easier the game makes finding wild game. Also, the game will sometimes have you go fishing too, so always have your rod at the ready.