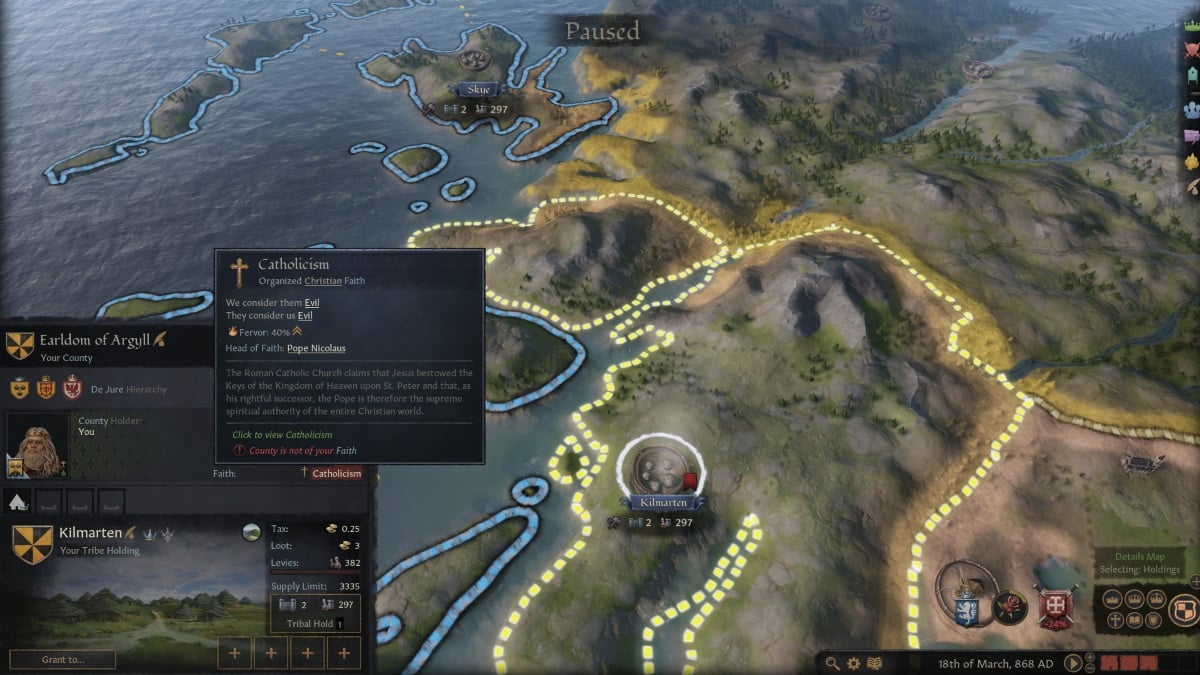 Faith is an integral part of Crusader Kings 3. It can determine what gods your population follows and how they view others throughout the world. When a county does not share the same faith as you, their leader, they’re likely to not have the highest opinion of you, likely leading to several citizens of the population wanting to revolt against you or have as strong control over the county. A weaker control means you won’t receive as many taxes or levies from them as you could.

To convert the faith of a region, it’s the job of your Councillor to work with the people. It’s similar to how your Steward works with your citizens to convert their culture. However, converting faith is much more difficult. It takes an extremely long time, even if your Councillor has a high Learning score. Random events might occur to decrease the time it takes for the county to change, but you likely can expect to wait a decade or so for it to happen.

When it does, the county should be easier for you and your vassals to control. Should other generations of rulers also have the same faith as you, it should be easier for them to maintain the population. When you have the same faith as the population, it makes it far less likely for members to rise against you for having a different religion, decreasing the chances of them becoming a hostile faction.