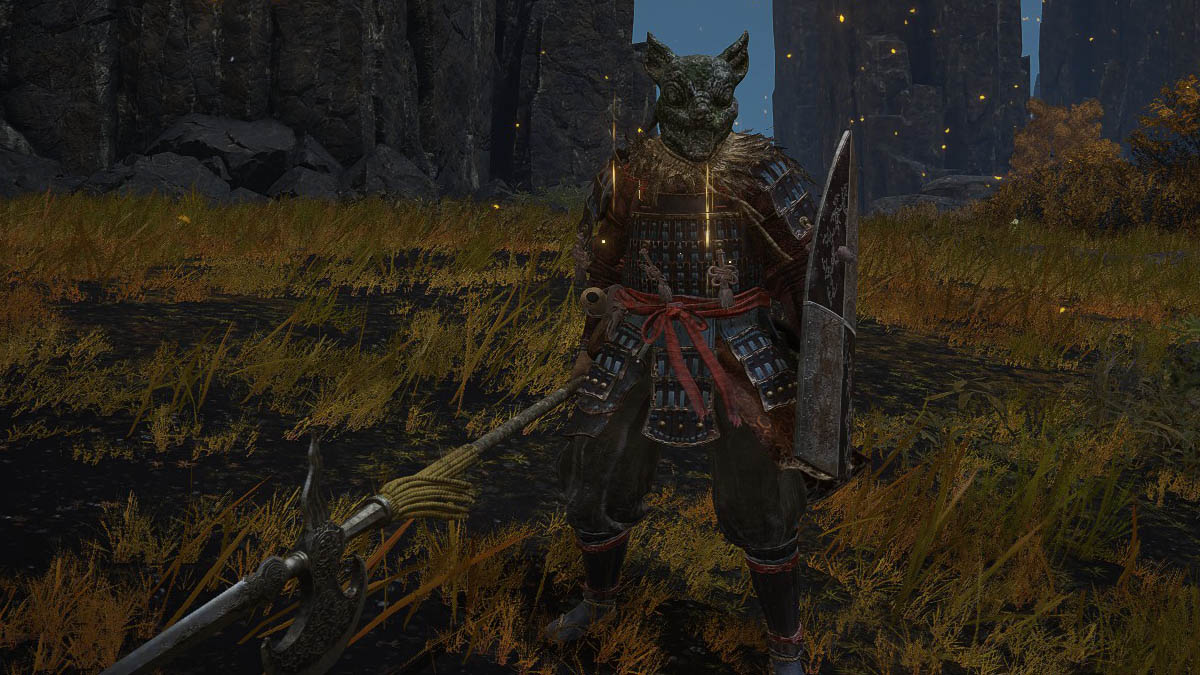 FromSoftware’s newest foray into brutality and masochism, Elden Ring, has no small number of monstrous bosses eager to beat players to a pulp. One boss, the Magma Wyrm Makar, brings a couple of abilities that can make short work of unsuspecting Tarnished if you aren’t ready for them.

Magma Wyrm Makar is found within the Ruin-Strewn Precipice, shortly after defeating Rennala. After Tarnished make their way through poisonous harpies and their ilk, this boss awaits just beyond a fog gate. Magma Wyrm Makar can be an easy kill for melee characters thanks to his length: he takes a bit of time to turn around, which players must capitalize upon.

Players should take advantage of this long turn animation, and sit near his tail while dealing damage. Makar tenses up before delivering an attack: he raises himself slightly off the floor, which is a signal to brace a shield with full physical-damage mitigation. When Makar begins to spew magma, it will help players to use the large pillar in the center of the boss arena.

This pillar can keep players safe from all attacks, and Makar will slowly meander around it. If players need to restore HP, or switch weapons, this pillar is the saving grace. If Tarnished are still struggling, consider equipping fire-mitigating runes and armors. Paying attention to the boss attacks, however, should give more than enough warning to dodge most AoE fires.

Finally, stay close to Makar during the fight. If given an opportunity, Makar will dash across the arena dealing heavy damage. This animation won’t play out if players are close to his rear, but it’s worth bearing in mind if you prefer a summon-based style of play. Step back during the magma spewing, and close the distance once it’s safe to do so. Taking advantage of the pillar and his slow turn time will ensure a victory, and a new land to explore as well.