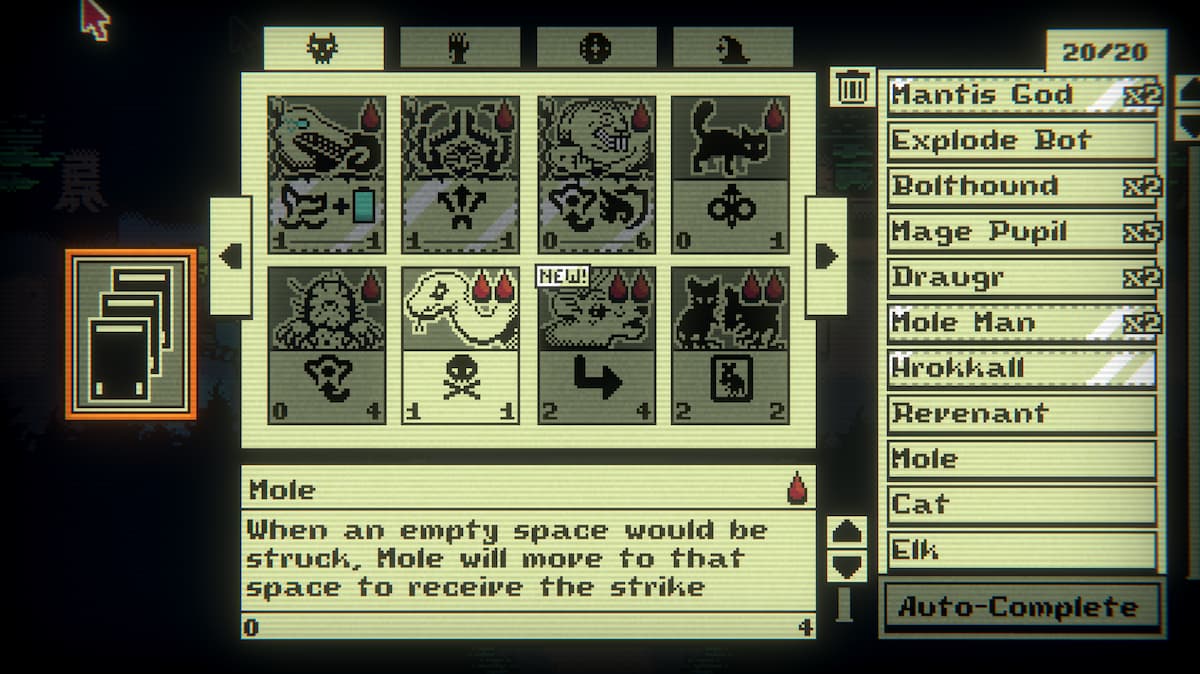 If you’ve been following our coverage of Inscryption, you may have taken a look at the Best Deck Strategy for Act 2 guide we have. Sadly, that deck is useless against Magnificus for one specific reason — he cheats and repaints any card you own with custom Sigils, making the Bone Heap strategy useless. Never worry though, we’ve figured out how to seal his magic good down below.

To reach Magnificus, you need to play a few rounds of I-Spy. First, enter the Tower and grab the Magical Monocle on the table, then look at the document on the ground. There will be Sigils painted on the document that you will need to input into the column. Face Gooey, and proceed upstairs.

Next, you will need to fight — but slowly — a dummy. On the cards, the dummy plays will be similar sigils, that will allow you to access the second fight. We’ve got screenshots, in case you don’t want to waste time:

Finally, the third puzzle will have you do some exploring to unlock the third and final opponent. The sigils can be found inside the chest, in your Sound Settings in the Pause Menu, and in the top left corner of the room. Yet again, we’ve compiled the solution for you here:

We mentioned it earlier, but Magnificus cheats harder than even Leshy did in Act 1. Throw your Bone Heap deck out and instead fill it with as balanced a curve of cost as you can. We recommend a mixture of Technology cards, which do not require sacrifices and instead rely on energy ramp, and Death cards, which reward you sacrificing monsters for bones. This is the one fight where you can slot things that normally require other things to function, as their Sigils will get overwritten. Mox cards do not get overwritten, but if you play a Mox deck, you are, frankly, too powerful for us to comprehend.

Phase 1 aims to eliminate the 0/9 Omni-Mox card, as this powers every other aspect of his deck, including the hard hitting Gem Fiends. If you can take it out, you win — however, you have to do it with essentially Sigil-less cards. Phase 2 is straightforward, as Magnificus recolors his own field of cards — which, if you eliminated most of them, you should have no trouble at all clearing.