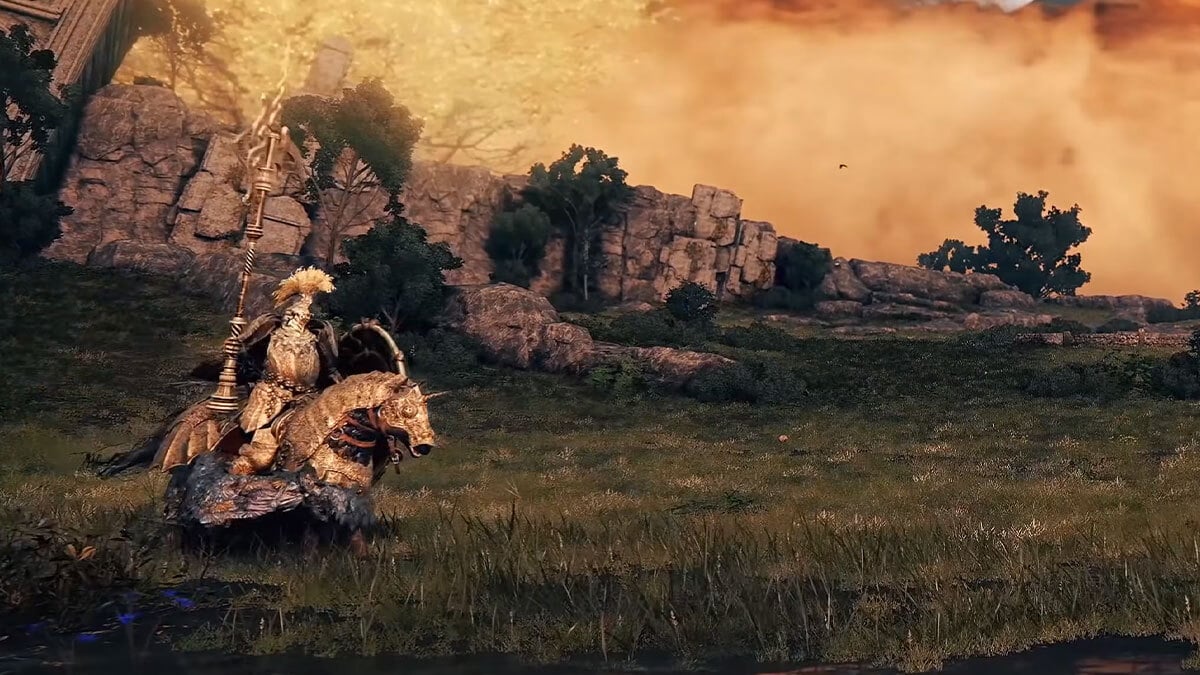 The Tree Sentinel is one of the earliest bosses you can find in Elden Ring, walking down the path in front, right after you exit the tutorial dungeon. In order to fight it properly, you’ll need to make a pact with Melina and get the horse Torrent. Dodging the Sentinel’s attacks without your mount will prove nightmarish.

Then, you’ll want to spawn at the Church of Elleh site of grace and move out the southeast exit. The Tree Sentinel will be walking away down the road. If you approach from behind, even on Torrent, he won’t attack right away, letting you get a few early hits in. Once its horse stands on its hind legs or the Sentinel swings its arms up, you’ll need to get away before it attacks. Then, the boss battle proper will begin.

How to Beat the Tree Sentinel

The most basic tip is to stay out of the way. Torrent is fast enough to outrun any of the Sentinel’s attacks, and the double jump is a quick way to get out of trouble. The constant in Souls bosses stay true: don’t get greedy. Settle for chip damage. Every hit counts, and they will add up.

The Tree Sentinel moves quickly, and it’s easy to lose track of its position if you don’t fix your camera on it. The Sentinel will often run at you and swing his mighty Halberd in your direction. It’s a wide attack, so you’ll want to stay out of the way. Once he ends his rush, you can sprint forth and get in a couple of hits. As the Sentinel turns toward you or otherwise readies an attack, back off. This is the basic pattern of The Tree Sentinel. Dodge its attack, get in a couple of hits, boost away on Torrent. If you get the Sentinel stuck on a rock or other geometry, it will struggle to move, and you can attack it once or twice more. Again, don’t get greedy, even here.

When the Sentinel’s horse rears on its hind legs or its rider raise its shield, you’ll have a window to move back. It’s tempting to go in on some extra attacks, but resist that temptation. These massive windup hits can smash a health bar to nothing. It is far more practical to stay out of the way.

Most of the Sentinel’s attacks will hit you rather than Torrent, and you can speed away far enough that you shouldn’t have trouble healing with your flask. However, Torrent can still take plenty of damage, sometimes taking the hit for you. You’ll want to craft plenty of Rowa Raisins to heal your mount. We found that keeping Torrent just over half health was more than enough to prevent its disappearance.

The Tree Sentinel has no second phase. The boss remains the same the entire way through. Once you’ve mastered its patterns, the golden knight should easily fall to your blade. Just be patient. While you’ll want to wait until you have your mount and couple levels under your belt to tackle this boss, it is one that can be defeated in the early game. So saddle up, Tarnished.