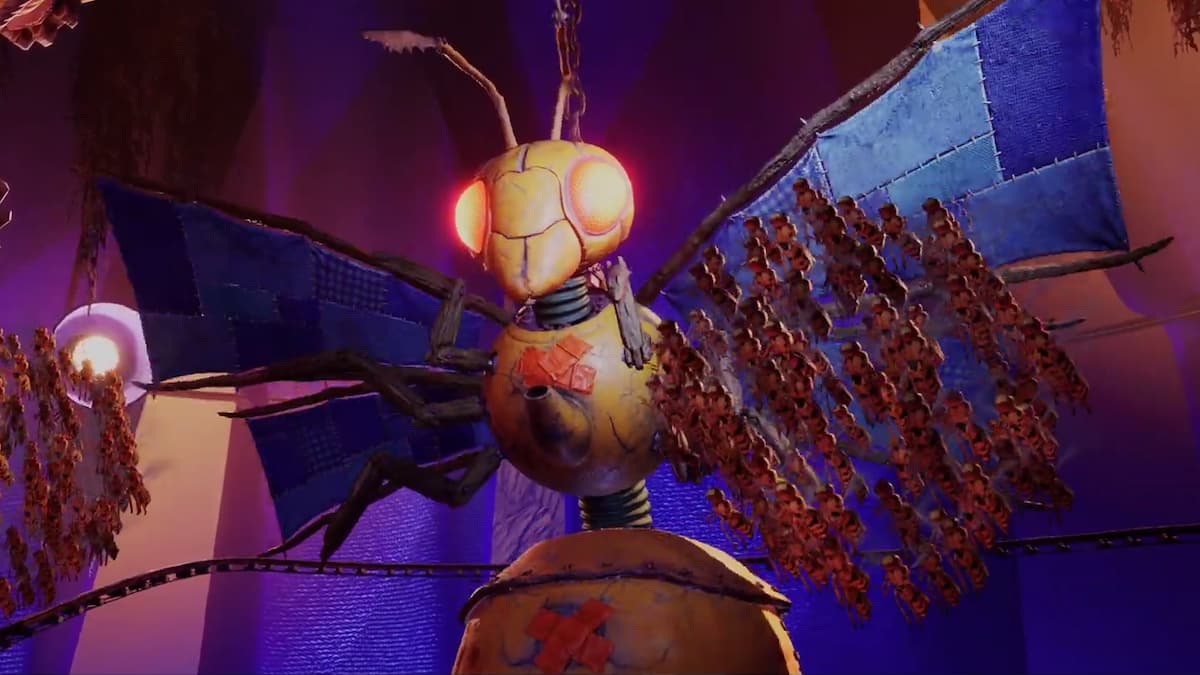 Your mission in The Tree chapter of It Takes Two is to take down the Wasp Queen. A society of belligerent squirrels has given May and Cody this daunting task, informing them that the Wasp Queen is actually an infiltrator in a robot suit who has since defected. Tree politics, right? This boss fight is in the Extermination segment of the chapter, and it’s a slog.

Fighting the Wasp Queen isn’t the most fun experience, to be honest. While her weak spots are marked with red tape x’s, two on the front and two in the back, her army of wasps will fervently defend her and use themselves as shields. Cody will have to rail grind behind the queen to shoot the back x’s, with May following to blow them up.

In later stages of the fight, the wasps will be a little more aggressive as shields, following the characters and blocking you from their queen, meaning that Cody and May will have to blow up through that layer of defense. The queen will also unleash her wasps on you more directly, having them attack you in hexagon patterns, or imitating pairs of scissors.

The subsequent stage of the boss fight will essentially be a larger scale of the previous stage — you will have to aim for the weak spots with sap and fire, and as you grind on rails to circle the Wasp Queen, the wasps will again be acting as shields that you will have to chip away at first. At the same time, wasp swarms shaped as swords will require you to jump while sliding on the rail, so you will be a lot of coordination to finally chip away at this robot’s health.