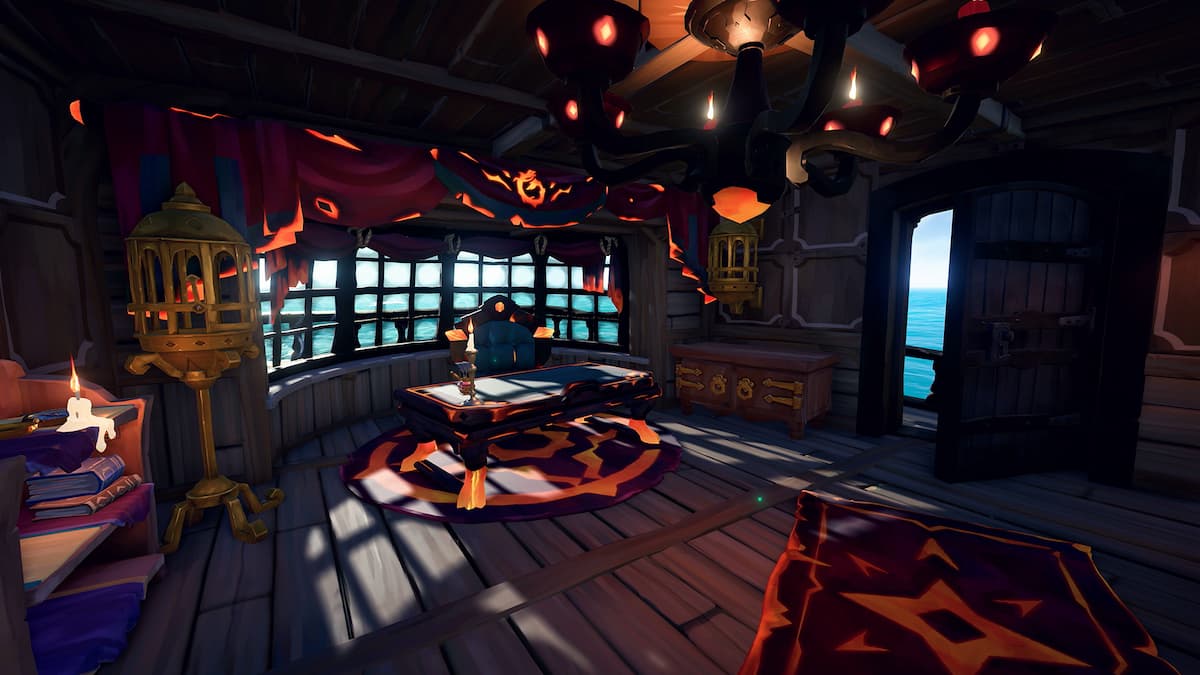 Your ship in Sea of Thieves has a ton of customization options, and that number is even larger as a Captain. Your quarters, no matter what size ship you sail, can be outfitted with new digs, furniture, and ornamentation that make it truly yours.

The humble Sloop doesn’t offer much room for customization, but even a vessel that small can see significant visual improvement with a few new pieces decorating it. The same is somewhat true of a Brig. If you’re Captain of a Galleon, however, you can take things even further, with additional decorations to choose from. Find out how it all works in this guide.

How to apply decorations to your ship in Sea of Thieves

Once you’ve unlocked your Captain’s Logbook, bought your first ship, and begun your career as a Captain, you’ll have the ability to decorate your ship with a variety of new cosmetics called Decorations. They’re all purchasable through the Shipwright at any Outpost.

When you first start, you’ll only have access to the basics: the Sailor Decorations. Below are all the quarters’ cosmetics and their ship limitation.

Decorations for any ship

You’ll need to earn every other Decoration beyond the few you receive at the beginning of your time as Captain. You do this through the Ship’s Log Milestones, with the fancier options taking more investment than the plainer stuff.

For instance, the Wild Rose Captain’s Bed only requires you to reach Class 5 in the Voyage Quests Completed Pirate Milestone. In other words, take Voyages from any Merchant Alliances and complete five of them to unlock the bed.

By contrast, the Captain’s Table of the Ashen Dragon requires you reach Class 45 in ‘The Feared’ Pirate Alignment. That will see you fighting Krakens, Megalodons, and other fearsome creatures, and lots of them. Increasing Class in an Alignment only requires you to do Milestones from that Alignment, nothing specific. Still, reaching 45, 50, or higher will take you at least several hours to accomplish.