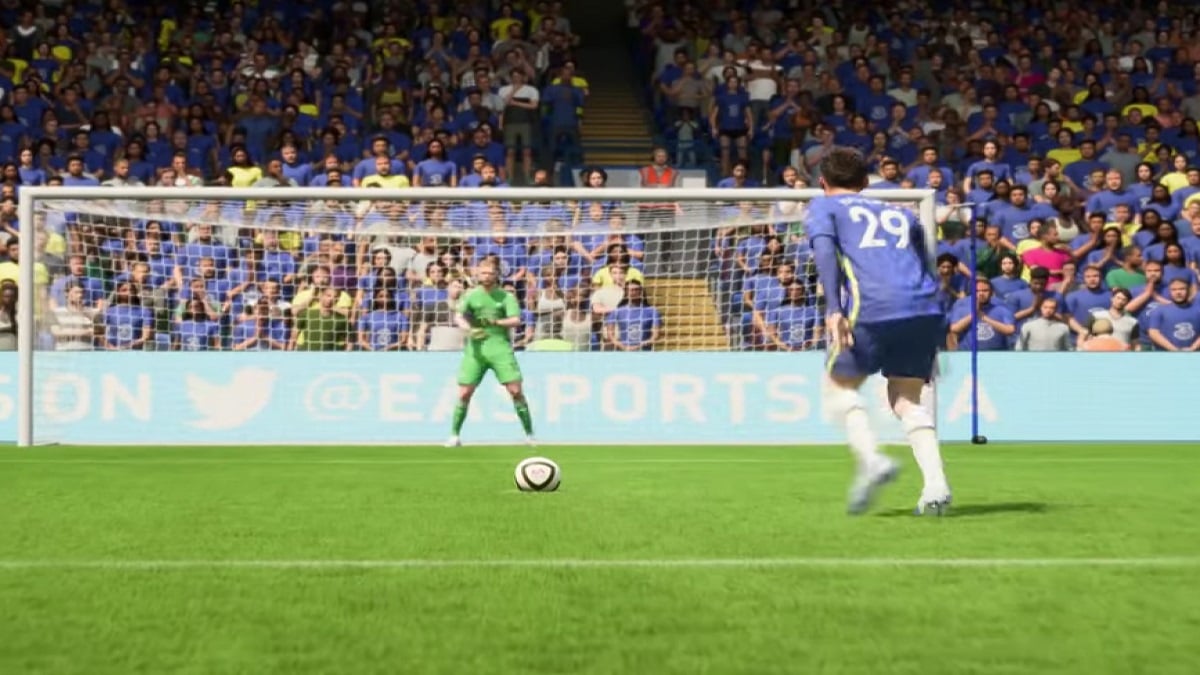 While the core mechanics of FIFA usually stays the same from generation to generation, new mechanics are introduced now and then. In FIFA 23, one of the most notable changes made from its previous installment is the technique of taking penalties. Although the mechanic is not hard to master, it’s bound to catch new players off guard. Hence, we’ve put together this guide explaining how to do a penalty kick in FIFA 23.

How to take penalties in FIFA 23

Whenever you are put on the spot to take a penalty in FIFA 23, you’ll see a circle (composure ring) around the ball that constantly contracts and expands. The idea behind scoring a perfect penalty kick is pretty straightforward; the smaller the ring, the more accurate your shot will be. Hence, wait for the ring to become the smallest to hit an unstoppable penalty.

Previously, there used to be a reticle on the screen that signified the direction the ball was going. However, that is no longer the case, as FIFA 23 doesn’t have any indicator for the ball’s direction. Hence, you need to gauge yourself and get used to shooting without any indicator. To aim your shot, you’ll need to use the left analog stick and move it in the direction you want to kick the ball. There is also a small bar that appears on top of your player when taking the penalty kick. The bar indicates the power your player will apply while shooting the ball, so ensure you are not over/under-hitting the ball.

Overall, the new penalty mechanics are pretty easy to master. That said, if you are struggling with penalties in a game, you can always practice them in training first.