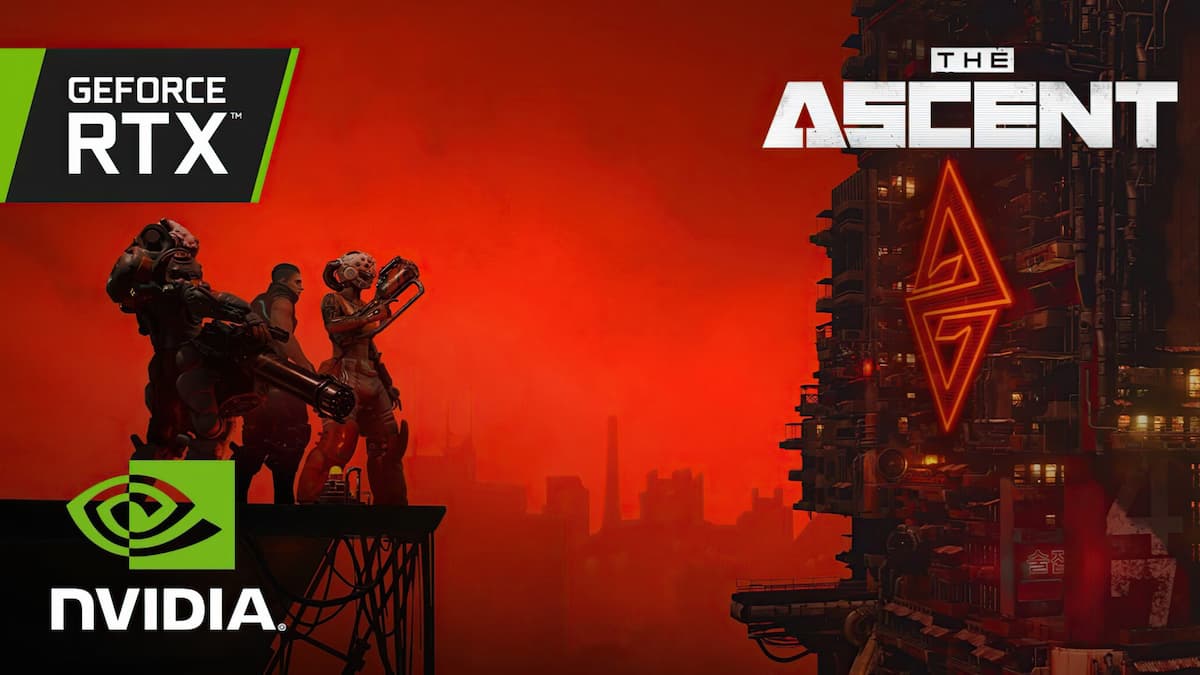 Image via Nvidia and Neon Giant

The hottest development in gaming visuals has been the proliferation of ray tracing, a technique for rendering light sources and reflections that has shown up in blockbuster titles like Watch Dogs: Legion. And now, ray tracing is available as one of the big-ticket features for The Ascent, a cyberpunk action RPG from Neon Giant Games. Since its release, many players have been rushing to test their setups with The Ascent’s dense environments and elaborate lighting, but some have been struggling to get that blockbuster ray tracing feature enabled. Here’s how to sure your setup is ray tracing ready.

How to find ray tracing settings in The Ascent 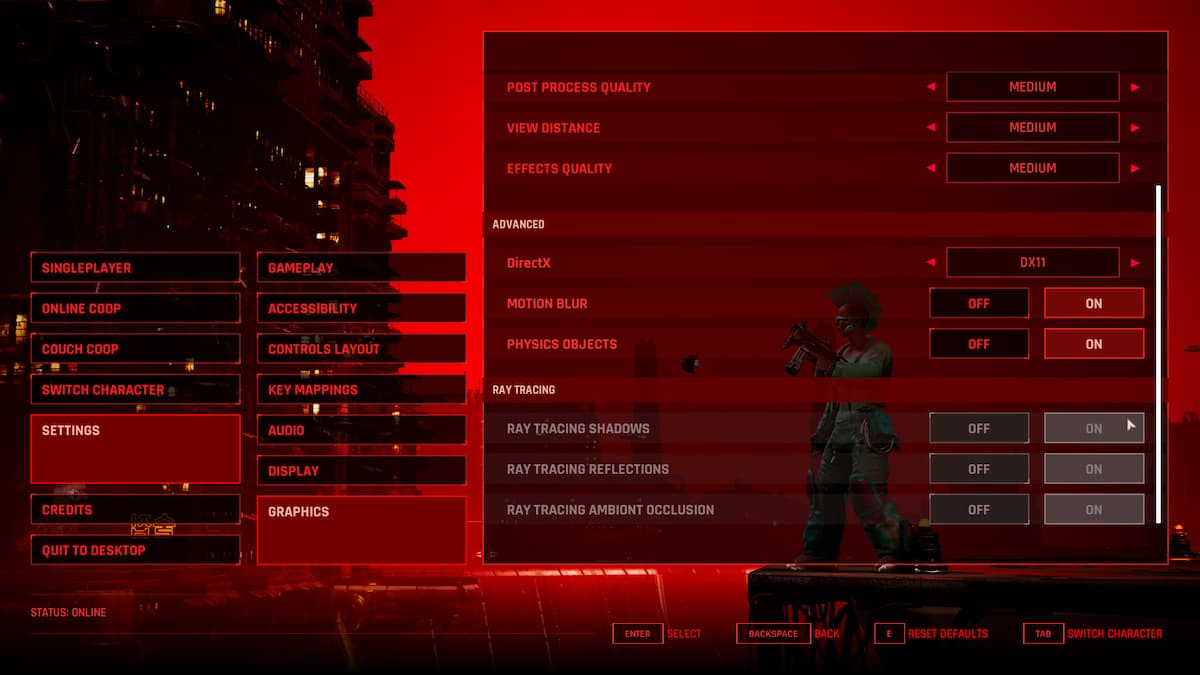 Assuming you already have a ray tracing ready setup and just need to turn it on in-game, here’s how to find the relevant settings. To access the in-game settings for ray tracing, open the settings menu (either from the game’s main menu on startup or by pausing) and then go all the way down to graphics. Within the graphics menu, scroll all the way to the bottom to the section listed as “RAY TRACING.”

If you look at the screenshot above, you’ll see that all three ray tracing settings — Shadows, Reflections, and Ambient Occlusion — are greyed out and set to “on.” This is a bit misleading for a couple of reasons. Firs off, the system we tested on (an Acer gaming laptop with an Nvidia GeForce RTX 2060) is not a ray tracing enabled machine. The second reason this is misleading is because on Xbox Game Pass, it is not possible to manipulate the files needed to enable or disable ray tracing. These options are listed as “on” by default because the game’s rendering engine always does something like ray tracing, but only a small number of machines are truly ray tracing enabled.

Unfortunately, the answer to this is (mostly) no, but there’s a catch. To enable “true” ray tracing in The Ascent, you would need to “inject” Nvidia DLSS files into the game’s directory, though there’s no evidence that this process actually works. As it stands, The Ascent does not support NVidia DLSS or other forms of “true” ray tracing, and Xbox Game Pass users are not able to modify the game’s files in a way that would allow them to inject the files needed to support ray tracing.

That said, any sufficiently powerful machine will be able to use The Ascent’s built-in ray tracing support, as the game was visually designed around ray tracing. All of the game’s particle, light, reflection, and shadow effects make use of ray tracing to a greater or lesser extent, just not in the way we associate with NVidia DLSS.

What hardware and drivers you will need

To truly utilize ray tracing, you will need a specific set of graphics processors. Unity has provided a handy, regularly updated list of those processors. Check that list for up to date information about the exact specs required, but generally speaking, you’ll need an Nvidia graphics chip newer than a 2060T.