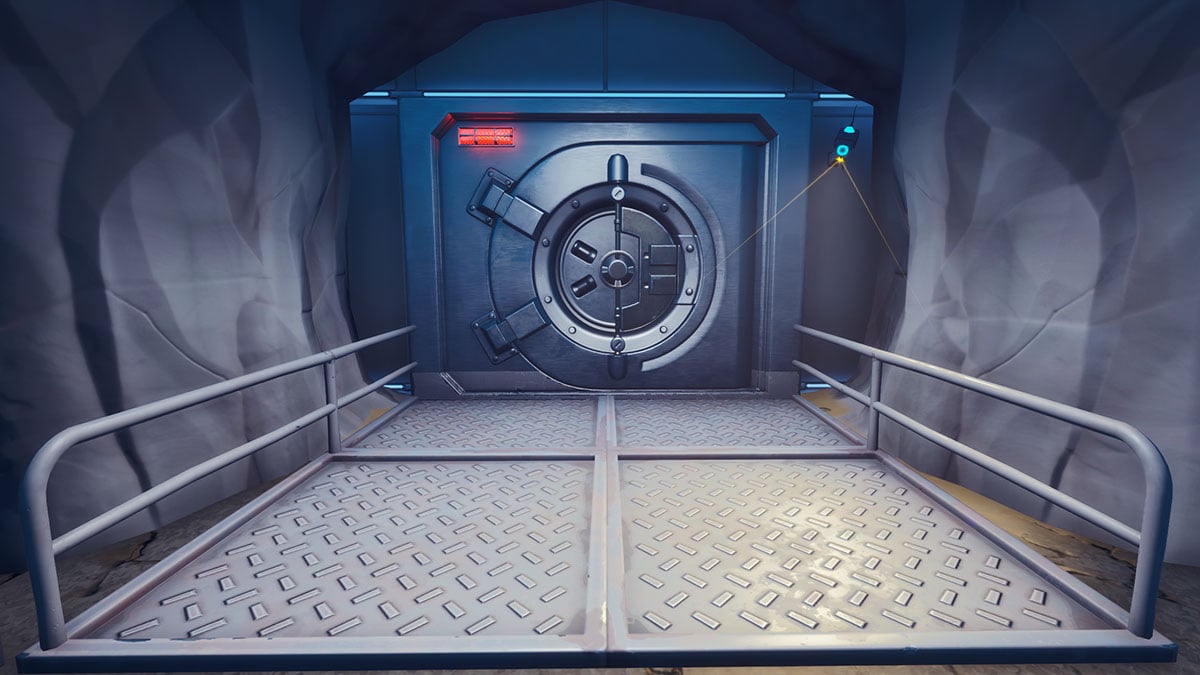 We will be trying to break and enter at the Doom’s Domain vault in Fortnite this week for one of the weekly map challenges. This is easier said than done, as it is Doctor Doom himself who holds the keycard we need to get in, and he will not part with it without a fight.

You can find Doom’s Domain where Pleasant Park used to be, and the vault itself is hidden under the football field, which you can drop down into from above. The trickier part is finding Doctor Doom, who can spawn down in the bunker where the vault is, or in his house at the north end of the town.

The easiest way to do this is to check the bunker first. Just run to the edge of the drop and look down. If Doom is in there, he will be patrolling the area below, but make sure he doesn’t see you unless you have looted up. You will need guns, shields, and more than likely a way to heal yourself after it is all over.

If you cannot see him there, head to the north of the town and smash in a wall of his house, then run inside. Doom can normally be found wandering the halls near the large room at the front of the house on the second floor.

Make your way back to the bunker and drop down into it, then head for the south end and the vault. There will be two henchmen to take out, and then you can use the keycard on the panel in front of the door. Once you get inside, the challenge is complete.

You can find the rest of the Week 7 challenges below: