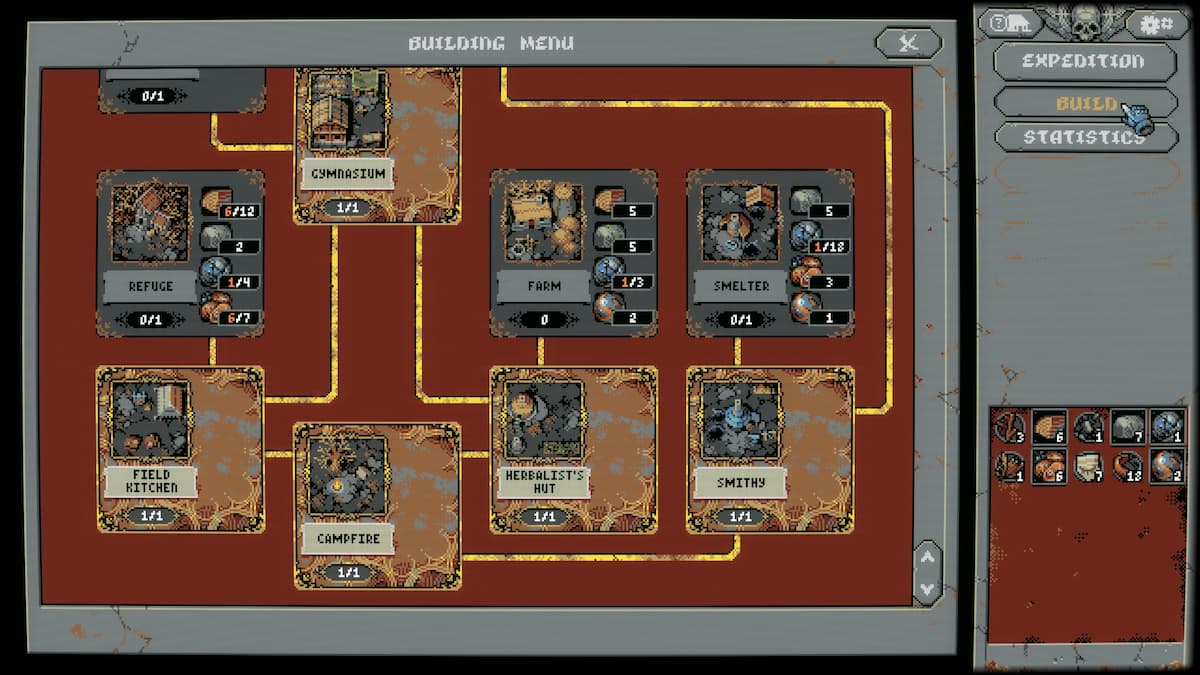 Loop Hero is a game that’s all about making incremental upgrades. To do this, you need to place tiles on the loop and fight monsters. This will give you important resources you can use to get early-game upgrades and start turning your character into a true hero.

There are three main resources you’re going to need a lot of in Loop Hero’s early game. Stable branches, preserved pebbles, and rations are going to be your bread and butter. As you collect more and more, each resource will turn into a more advanced material that you’ll use to construct buildings. For example, 12 stable branches will become a stable wood, while 10 preserved pebbles turns into one preserved rock.

But where do you get all of these resources? Well, the game doesn’t exactly spell it out for you, but it’s pretty easy to set up a solid farming operation in no time. If you’re looking for branches, your best bet is to build as many groves on the loop as possible. For rations, you want meadows and pebbles come from cemeteries and rocks/mountains.

Of course, it’s not all that simplistic. You have a few strategies you can use to more effectively farm. One great one we’ve found in the early game is to build a treasury and then surround it with meadows. If you can fully surround it, you’ll get a huge infusion of rations. The same goes for building a ton of rocks/mountains around each other. In short, build similar tiles around each other to become flush with resources as quickly as possible.

Once you have a solid base of resources, you’ll want to start looking for both metal and noticeable change. We have guides for both of those as well.