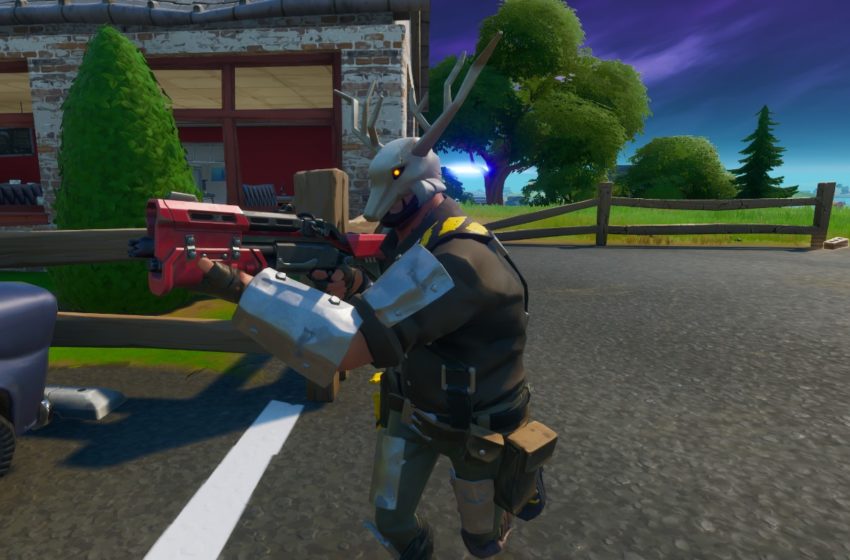 Marauders are a new type of NPC enemy added to Fortnite in Chapter 2 Season 3. Marauders will roam the map in gangs of five, armed with a variety of weapons, and they are actually pretty tough to deal with if you are alone. Mauraders have a pretty aggressive default AI, and at the moment can easily pick you up from a good distance away. They also will not drop aggro if you hide, although whether this is working as intended is unknown at the moment.

Marauders arrive on the map from drop pods that will spawn early in the round. If you pay attention to the sky within the first few minutes of a match, you will notice thunder, with a circular pattern of lightning, appearing in two or three places of the map. This is the arrival of the Marauders, and their drop pods will fall to the earth, cracking open and unleashing them on the map. There is no way that we know of to predict where they will arrive, it will be randomly from game to game.

If you get close to Marauders in-game, you will hear some strange music, which is a nice warning that a death squad is about to roll over you. Marauders will happily roam the entire map in a random pattern from where they drop and will always attempt to stay ahead of the storm, so unless they are dealt with early in the round, it is likely that they will arrive in the final circle. We followed some for a while, and it appears that they can get trapped in the storm, and will die to it if stuck their long enough. Unlike Henchmen and other NPCs, they do not die instantly or despawn when the storm reaches them.

Marauders will be armed with a variety of weapons, including rifles, pistols, and gas grenades that they will throw at you if you get too close. There armor and shield values appear to be identical with Henchmen, so they don’t take too long to kill.