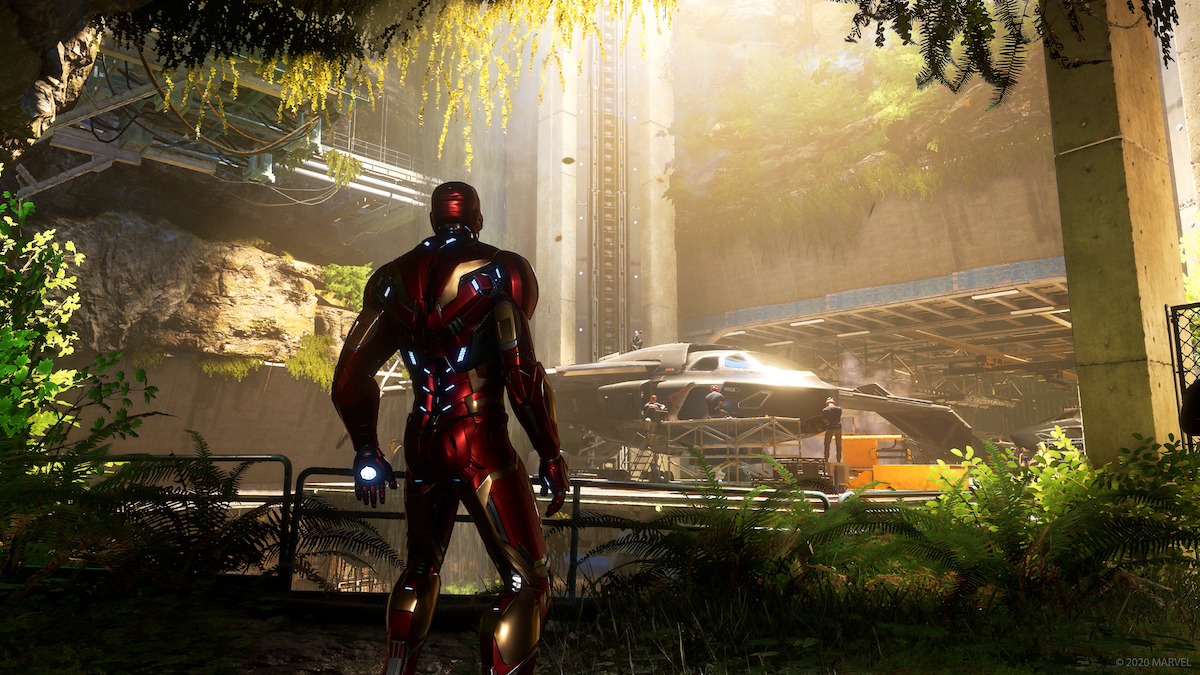 While Marvel’s Avengers will have you hitting switches and fighting hordes of enemies to get to AIM loot shacks, finding SHIELD Caches will feel more like scavenger hunts. These secret bunkers not only have a generous amount of loot with crates and strongboxes, but they’ll give you the locations for some fun SHIELD Vault Missions.

You’ll get a tutorial for finding SHIELD Caches in the early campaign mission titled Missing Links. In the middle of the mission, JARVIS will inform Kamala and the Hulk that a hidden SHIELD cache is nearby. A Signal Detector will appear on the top left corner of the HUD; this rangefinder will tell you how far away you are from the bunker.

All you have to do is run in the right direction while paying close attention to the Detector; it will turn red when you’re going the wrong direction, and the distance (in meters) will close when heading in the right direction. Eventually, the Signal Detector will beep, and you’ll press and hold a button prompt (square on PlayStation, X on Xbox) to reveal a hidden staircase that leads to an underground bunker.

These SHIELD Caches come few and far in-between; we found another one in the campaign mission titled Breakout. The Utah Badlands is a mountainous range, so the rangefinder made it seem like the SHIELD Cache was within one of the mountains. After circling around, we found the SHIELD Cache through a hidden tunnel.

Once you enter a SHIELD Cache, you’ll find crates and strongboxes galore within the narrow hallways. One such strongbox should be marked — open it and you’ll find an item called Vault Coordinates. This will reveal a Vault Mission on the War Table after you complete the current mission. These vaults will have you defending SHIELD vaults from AIM’s forces in an entertaining objective-based mission.