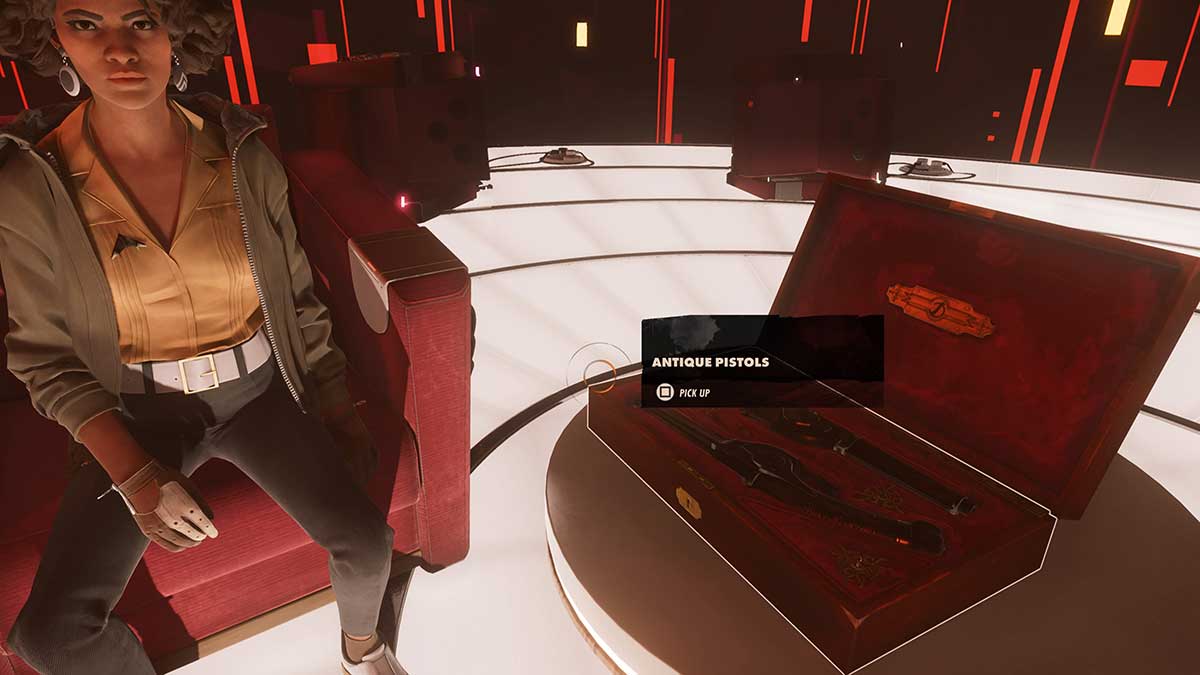 Deathloop has several easter eggs scattered throughout the world of Blackreef. Some are references to Arkane Studios’ games, while others are nods to popular franchises like Tomb Raider. This guide will explain how to find the Dishonored dueling pistols easter egg, which some fans believe links the two worlds.

How to find the Dishonored dueling pistols

The Dishonored dueling pistols will be revealed to you in the final moments of Deathloop’s story. So if you’ve yet to finish the game, you may want to stop reading now.

After Colt uses the RAK to reach Julianna, she asks him to sit down and presents him with a box of dueling pistols. She says they’re part of history and worth preserving, trying to show Colt that the loop is worth preserving because of what it means to history. Soon after this, you’ll have the opportunity to kill Julianna or let her live.

These pistols are extremely similar to those in Dishonored that players must use at the masquerade party. They form part of a short side quest in which one character is trying to save face and regain their honor, and Corvo just happens to be impersonating the character who has to partake. Anyone who has played Dishonored will recognize the signature pistol almost immediately.