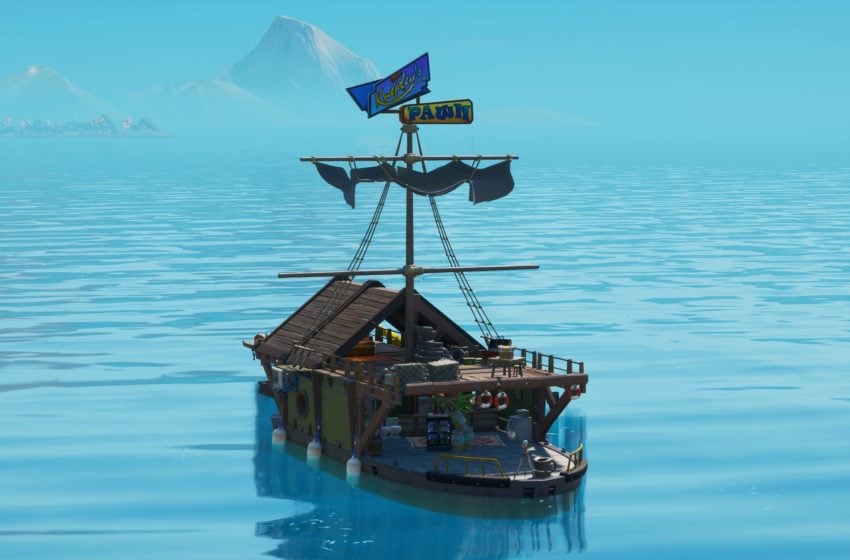 Fortnite Chapter 2 Season 3 made some huge changes to the map, flooding it with water and drowning many of your favorite spots under a deep sea. It also changed up lots of the existing named locations and landmarks and introduced plenty of new ones. One of the new addition is a secret loot boat that moves around between matches.

The secret loot boat doesn’t have a set location, and it doesn’t show up on the map, so how are you supposed to find it? Frankly, you just need to look for it. The boat will only spawn on the outskirts of the map, out in the sea. It will not spawn anywhere in the various lakes, rivers, and streams that now make up a lot of the map.

When you spawn in the battle bus, scan the area around you to see if you can spot it. It will look exactly like it does in the main image for this article. It will become much easier to spot as you get accustomed to the new layout of the map. If you can’t see it, then the best thing to do is head for a Choppa and check out the far side of the map, unless you want to wait for the Battle Bus to travel to the end of the route and jump out at the last second. This doesn’t always help, as the boat can still be on one of the sides of the map that the bus doesn’t cross.

If you see the boat very close to the start of the Battle Bus route, it can be better not to go for it. If enough people see it, they will all want to head there, and it becomes a dangerous murder scene. Everyone wants to get the secret loot boat because you can get really well looted up there. It has multiple chests, ammo boxes, consumables, and Slurp barrels to get some early shields.

The main thing you will need to do is check the outer reaches of the map on each of the island’s coasts and make sure you do it early because once the storm arrives, that secret loot boat is a lost cause.