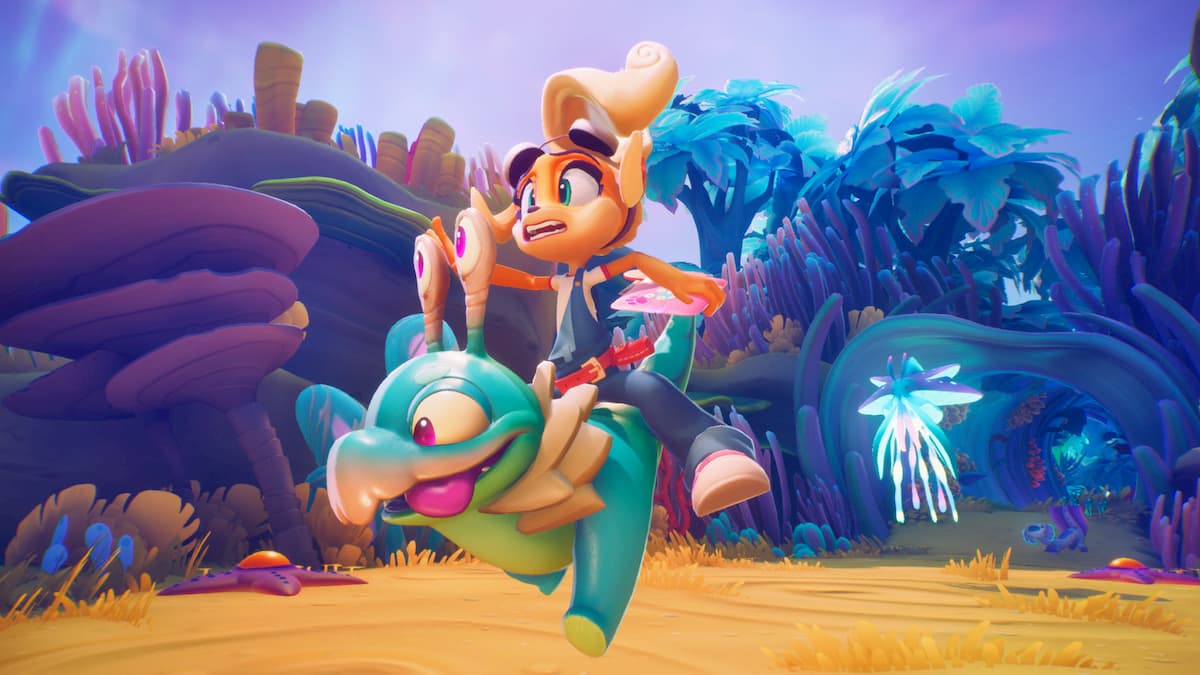 Like the previous Crash Bandicoot games, Crash Bandicoot 4: It’s About Time also features a number of hidden gems that you need to find in order to get get some of the trophies and 100% completion in the game. If you are a completionist looking for the yellow gem in the game, here is how to find it.

The yellow gem is present in the level Run It Bayou and you need it to get the Topaz Pizazz trophy. The gem can be found pretty early on in the level, albeit it is a bit difficult to find it. When the level starts, instead of jumping on the boat, you need to head towards the right side and jump across the river towards the platform where you see the four crates.

You need to move across the four crates, but be careful when you do since they break as soon as you land on them. Once you have crossed the crates, you need to jump on a moving platform, and to a larger platform on the side after that. On the platform, you will see four crates stacked on top of each other.

You need to jump on one crate and then use the other one to jump once again to get the yellow gem. It might be a bit difficult at first, but eventually, you will figure it out. Once you obtain the gem, you will get the Topaz Pizazz trophy.