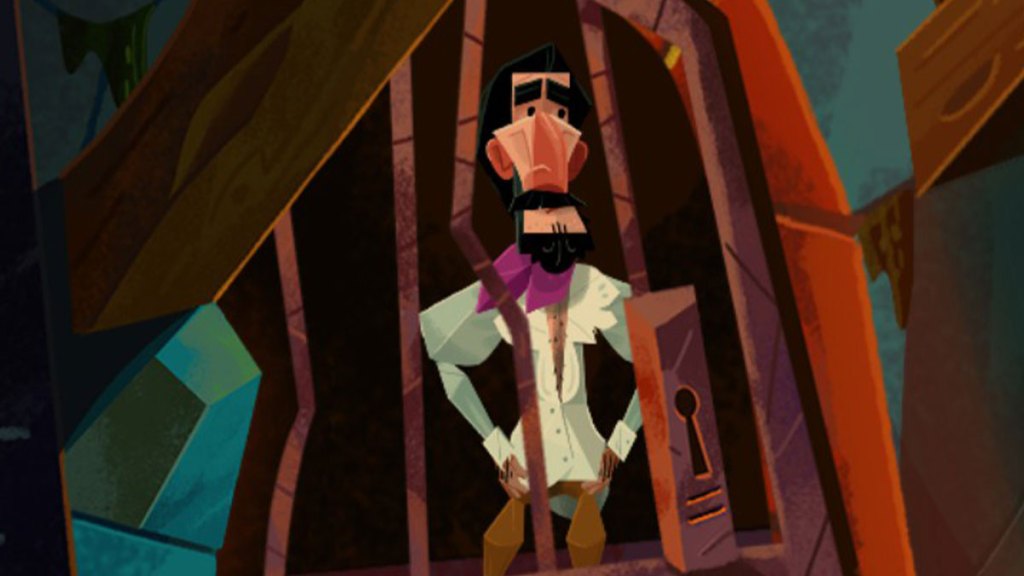 Otis made his first appearance in the original Secret of Monkey Island, so it’s only fitting that Return to Monkey Island is a ‘return’ for him as well. When you first visit the jail on Melee Island, you’ll find your old pal locked up behind bars once again. Here’s how to spring him for old time’s sake.

Related: How to unlock the Hint Book and get hints in Return to Monkey Island

The first main objective in the game is joining LeChuck’s crew at the docks near the Scumm Bar. Freeing Otis is an optional objective that eventually branches off of this main quest. If you’ve seen our guide on how to join the crew without being recognized, then you know one of the many steps is to get some keys made. We’re going to do the same thing here.

After being rejected from the ship, the shops on Low Street will open. Head inside Wally’s map shop on the left-hand side of the street. On his desk is a monocle in a box. Grab it, and Wally will inform you that they’re actually free samples. That’s great, because we actually need two. Exit and re-enter the shop to grab another.

Freeing Otis from his prison sell

If you’ve spoken to Locke Smith on High Street, then you know that you can get any key made, provided you have the serial number for the lock. Combine the two monocles in your inventory for an extra-strength magnifier, then head back to the prison. Use you double monocle to examine the lock on Otis’ cell and jot down the numbers. Hand that note over to Locke Smith, and you’ll get a key in return. Use it to let Otis out. This isn’t a necessary step to any main objective, but you will get an in-game achievement for helping your former crewmate.