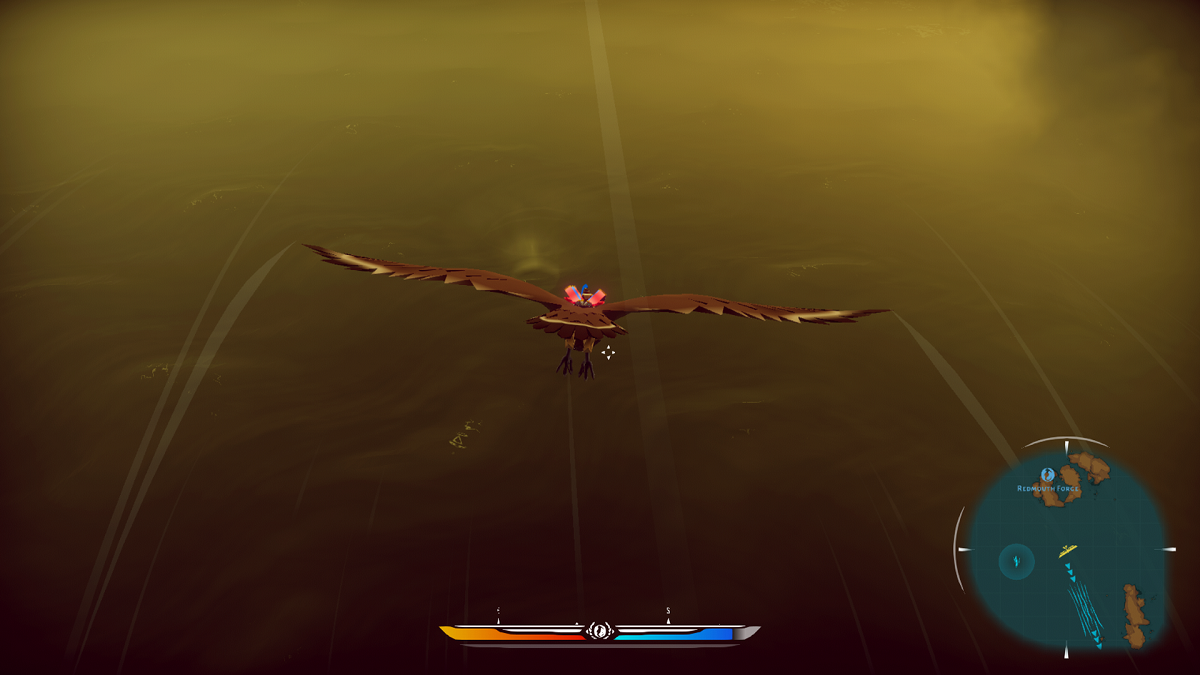 The Falconeer’s flight energy system is a vital component of its gameplay. You use up flight energy for certain maneuvers, and you have to recuperate it if you want to continue using those moves, especially during combat sequences.

To gain flight energy in The Falconeer, you have to dive. You can point your falcon downwards by pushing forward on the left thumbstick. This allows your falcon to pick up speed and refill its flight energy meter, which is the blue bar on your HUD.

Your flight energy can be used for many maneuvers in The Falconeer. You can use it to ascend to greater heights, which will give you a better vantage point of distant objects and the drop on enemies during battles. You can also use flight energy to perform moves, such as the dash and roll or the brake and dive.