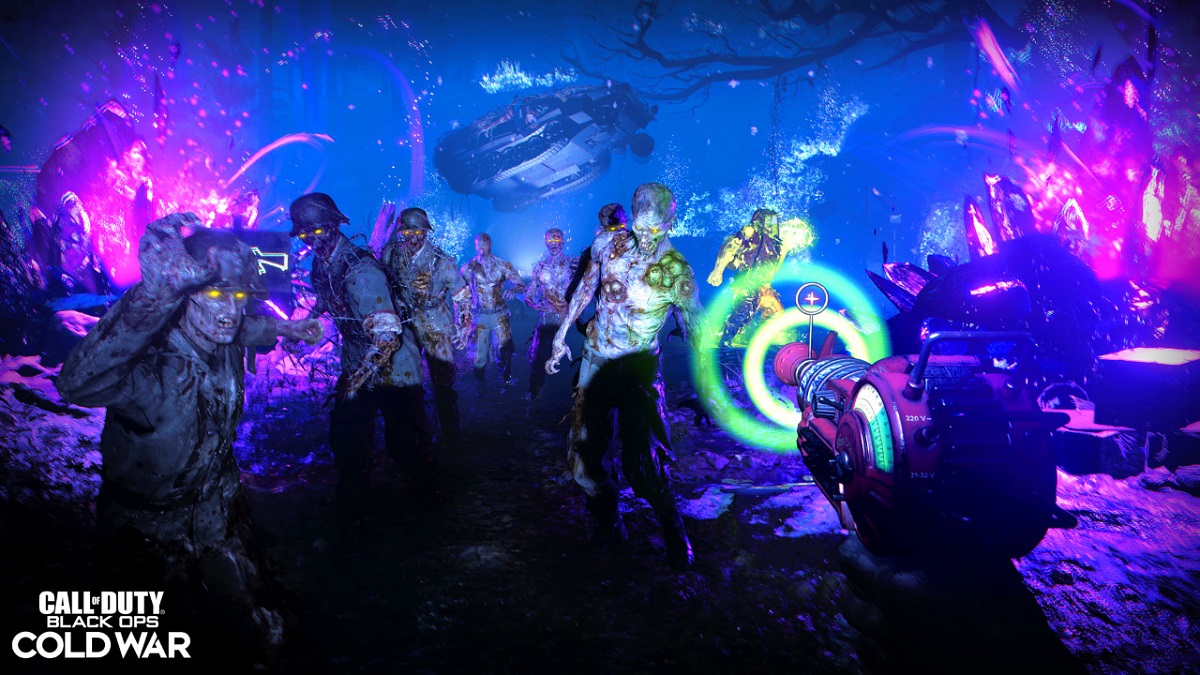 Since its debut as an end credit Easter egg in Call of Duty: World at War, there has been one overarching goal to the horde mode. Survive at all costs. Luckily, in Call of Duty: Black Ops Cold War, there are more ways than ever to accomplish that goal. One of them is the self-reviving mechanic, which had been exclusive to the Quick Revive perk in solo games in the past. Here is how to get a self-revive in Die Maschine so you can pick yourself up when you go down.

There are multiple ways to get yourself a self-revive in Die Maschine. First, if you are playing solo, you start the game with one self-revive for free. You know you have one by looking in the bottom left of the screen and seeing a white cross next to your Gamertag. It only works once, like in a group game, so don’t use it and go down again expecting to pick yourself up two more times. Once it is expended, you need to grab another. It should also be noted that if you have one already that they do not stack. You cannot stock up on self-revives.

The easiest way to assure yourself of getting a self-revive is to make one at a crafting bench. In Die Maschine, these are found in Yard and Tunnel. Unfortunately, to be able to craft a self-revive, you need to have reached level 54. Once you have done so, interact with a crafting table, go to the support tab, and you can craft one for 250 rare salvage (the blue drops).

The other drop location for a self-revive will involve interacting with the anomaly and teleporting to the Dark Aether. Throughout the above-ground map, you will see purple crystals near trees and other structures. If you shoot or melee these, they will drop a variety of items.

If you enter the Control Room, there is a computer you can interact with to start a trial. These trials include staying in one area as long as possible, getting zombie kills in an area, and quite a few more. As you meet the criteria on these trials, you will notice a message on the left saying Reward Available: [rarity type]. When it says this, you can go back into the Control Room and find a station that lets you claim a reward at the station with the fire. The fire will be colored to represent the rarity of the reward available.

If your reward is to an epic level, there is a chance you will receive a self-revive for free. Other rewards you can get at this level include support streaks, epic level weapons, ammo mod, and more. If you want to, you can keep doing trials and extend the rarity to legendary, although we are not sure if this still gives you a chance at getting a self-revive.