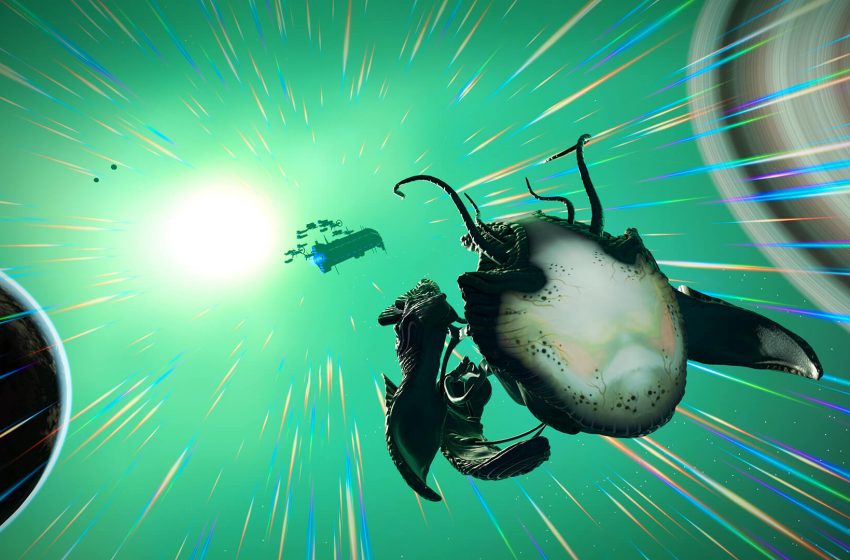 Living ships in No Man’s Sky are organic, living vessels that you can pilot around space. They are as gross as they are awesome, and in this guide, we are going to tell you everything you need to know about getting a Void Egg, which is where living ships come from.

To get your hands on a Void Egg, you will need to head into space and summon The Anomaly. Once that is done, visit the Quicksilver Merchant. You can purchase a Void Egg there for 3200 Quicksilver. If you don’t have enough Quicksilver, then it is time to knock out some daily and weekly missions at the Nexus.

What does a Void Egg do?

The Void Egg is the key to starting the new mission to get your living ship. With the Void Egg in your Inventory, you need to head for the vastness of space and then begin warp jumping. It will take a random number of warp jumps to trigger your Void Egg, so you can either focus on doing jumps until it happens or just let it occur naturally if you want to focus on other things. When the Void Egg finally activates, you will get a message on your communicator. This is the start of the Starbirth storyline, so be sure to keep some detailed notes from this point on.

Record the message that you can get, as there are thirteen possible messages that you might receive. You will get new messages at what appears to be random intervals. The first twelve messages are references to some glyph placements that you will need later, while the last one will indicate which galaxy you need to be into progress the quest.

After that comes a long chain of events that we are still working through, but we will have relevant guides for you just as soon as we get to grips with this new quest.