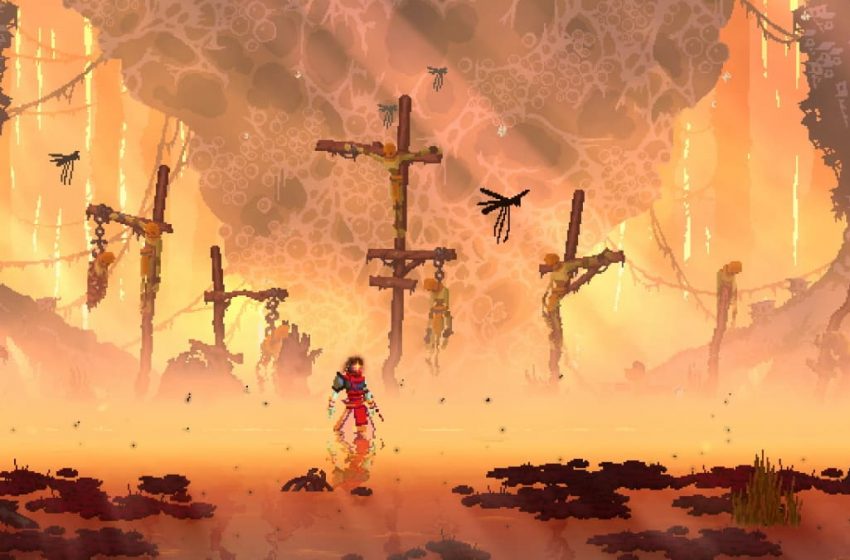 The new DLC for Dead Cells, The Bad Seed, introduces two new areas you can explore to fight new monsters and take on a brand new boss named Mama Tick. Not only do you have the chance to explore a new area of the game and wear new outfits, but there are new weapon blueprints to loot to add to your arsenal. Several of them are two-handed weapons, which take up both of your weapon slots.

All of these weapons come from The Bad Seed areas, which you can access using the Dilapidated Arboretum Key.

The blowgun is a silent weapon your enemies won’t hear you hitting them with until it’s too late. It’s a tactics-based ranged weapon. If you hit an enemy from behind with it, you can land a critical hit. Those who find themselves consistently rolling behind enemies to dodge enemy attacks will have the most out of it. It takes up one weapon slot.

The flashing fans are a pair of fans you can use that inflict a decent amount of damage. They’re a brutality and tactics based weapon. If you attack at the right time when a projectile is coming at you, you can reflect it at your enemy. When you successfully do this, you can inflict critical hits for eight seconds. It only takes up one weapon slot.

The left scythe claw is a massive two-handed weapon with a considerable amount of range, capable of attacking several foes at once. It’s a survival-based weapon. You could inflict a critical hit with the weapon if your first attack is the right claw, which you can do by hitting the two different weapon slots the weapon takes up. You need to switch between the two to get the most out of the weapon. You can only receive this weapon by defeating The Bad Seed boss, Mama Tick.

The rhythm n’ bouzouki weapon is a two-handed instrument you swing around to damage your enemies using the power of beautiful music. It’s a heavy weapon and is brutality and survival-based. If you time your attacks correctly for the second and third hits, you can have these strikes land as critical hits. You want to learn how to time this weapon to get the most out of it. It takes up one weapon slot.