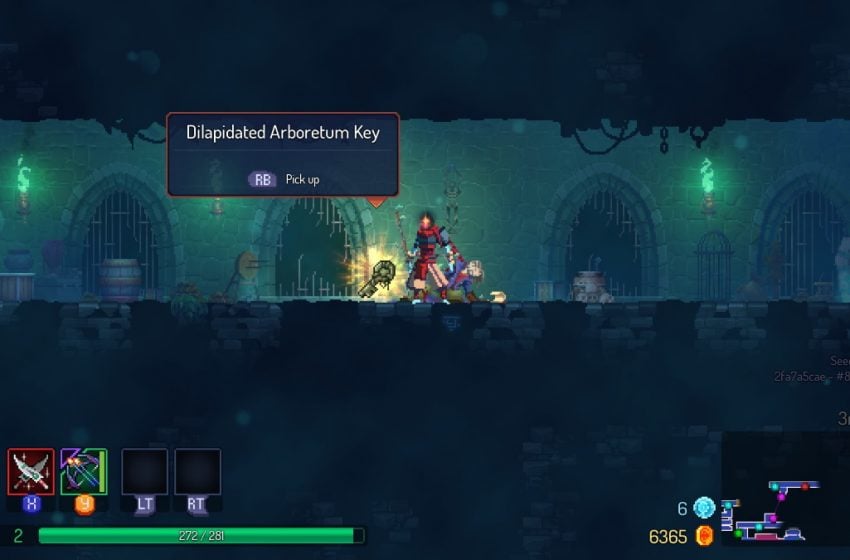 Dead Cells has plenty of different routes within it, and if you fail, you start over at the beginning and go down a brand new path. These paths are full of enemies and traps, prompting you to bring your best reflexes to survive. Dead Cells has received plenty of free DLC to it since arrived to Steam in early access in 2017. The new DLC, The Bad Seed, gives players access to two new locations, and to gain access to the Arboretum, you need the Dilapidated Arboretum key.

Because all of the levels in Dead Cells go through procedural generation, not everyone is going to find the Dilapidated Arboretum Key in the same location. However, you can find it exceptionally early. You can find it in the Prisoners’ Quarters where you first spawn into the game.

You won’t be able to encounter The Bad Seed DLC without first finding the teleportation rune and the vine rune. The vine rune allows you to create a vine from the ground to access a new level. The teleportation rune enables you to teleport using the sarcophagus. When you teleport to the next level in the Prisoners’ Quarters, you should see a skeleton covered in grass, still wearing a red and blue uniform, with a pitchfork nearby. Interact with the skeleton, and you should find the key, along with The Royal Gardener’s Outfit.

There’s plenty of new content to explore in The Bad Seeds DLC for Dead Cells, along with a new boss called Mama Tick.