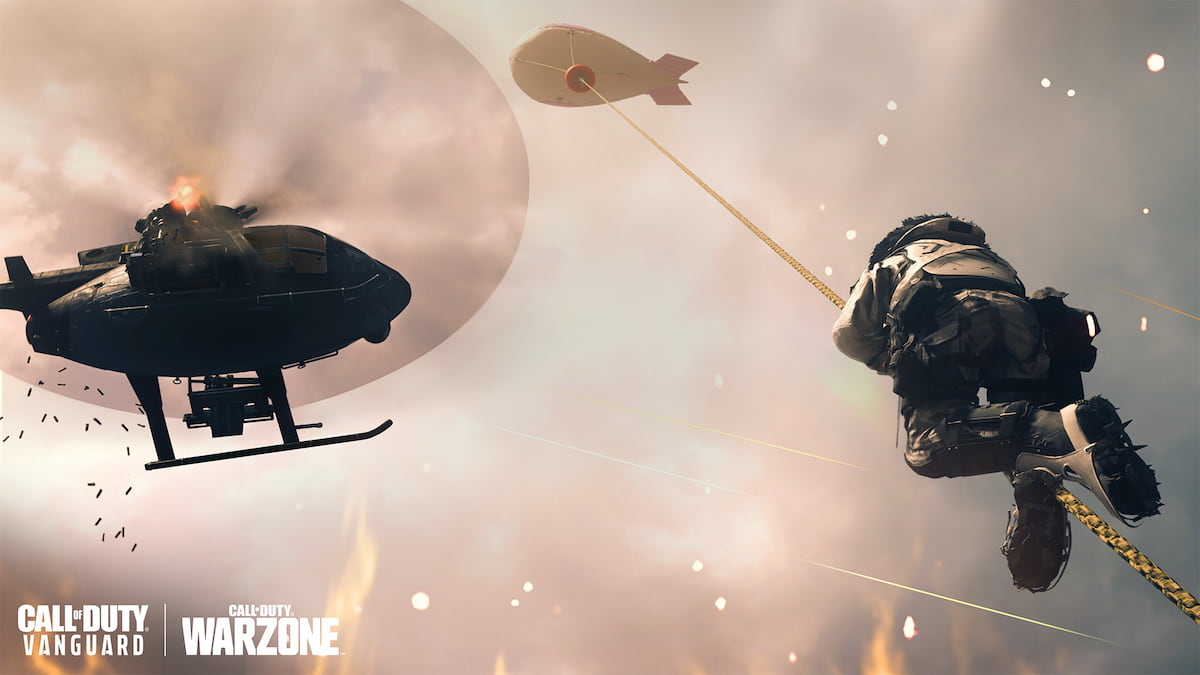 Where to find and activate a Portable Redeploy Ballon

Portable Redeploy Balloons have a chance of spawning within Supply Boxes or as ground loot in all modes, though you are always guaranteed at least one when opening up crates. As shown above, the item takes the shape of a purple box and will be placed into your Field Upgrade spot once it is picked up. You can then use the balloon by placing it down on the ground surface. However, be sure there are no structures directly above you, as this can stop you from deploying your parachute after riding the balloon.

Despite sharing the same abilities, there are some key differences between a Deploy Balloon and Portable Redeploy Balloon. Firstly, you will notice the Field Upgrade won’t launch you as high as normal balloons, so expect to use it for traveling shorter distances. The item will also only be active for about a minute until it disappears completely. Thus, it best to have your entire squad together before deploying it.

Portable Redeploy Balloons are just one of many new additions that has arrived as a part of Warzone’s Season 4 Reloaded update. The fresh batch of DLC also delivers a limited-time Rebirth of the Dead mode where fallen players will respawn as zombies and search for a way to become human again. The update even treats Vanguard owners to a new map, several weapon changes, and the Vargo-S AR that even Warzone players can unlock.