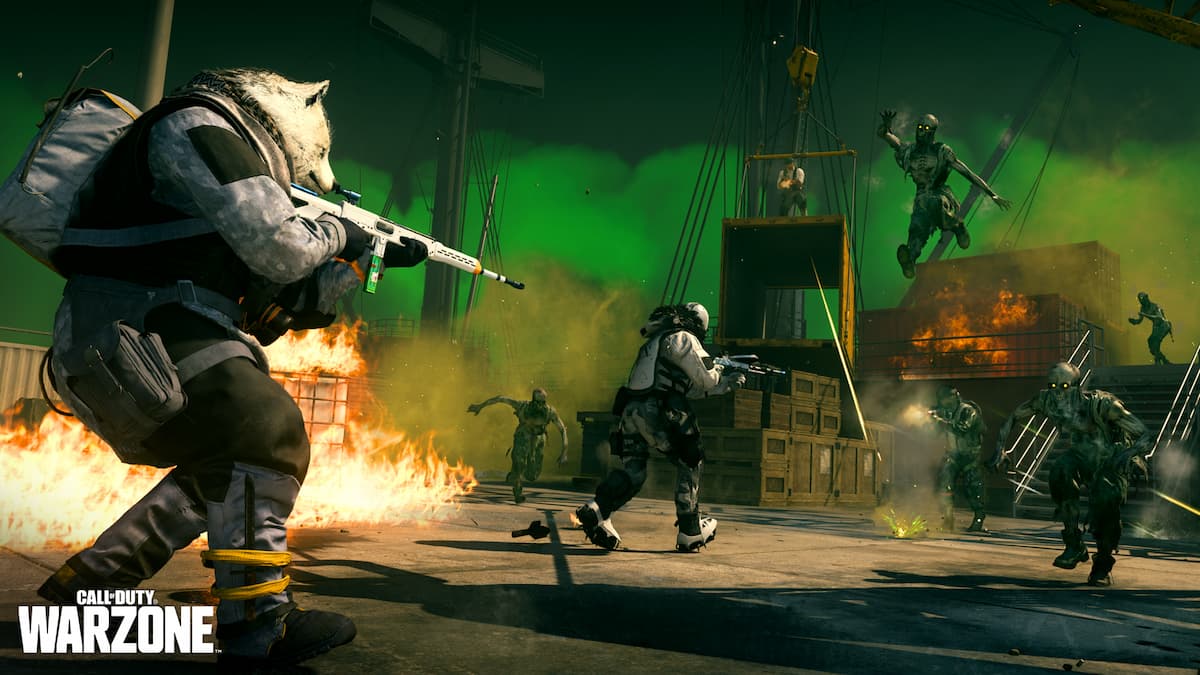 Call of Duty: Warzone shakes up the traditional Resurgence formula by turning fallen players into zombies in the limited-time Rebirth of the Dead mode. These creepy crawlers are able to eliminate others through melee attacks, though they certainly aren’t as powerful as an Operator’s arsenal of weapons. Luckily, the mode gives you the chance to return back as a human by collecting one special type of item. Here’s how you can respawn back as an Operator in Rebirth of the Dead.

How to respawn as an Operator in Call of Duty: Warzone’s Rebirth of the Dead

Upon dying in Rebirth of the Dead, those who have become zombified must find four Antiviral Syringes (which appear much like stims) throughout the map to return to their normal bodies. You can receive two syringes by defeating a normal Operator, but you can also find lone syringes inside Supply Boxes, as ground loot, or from purchasing them at Buy Stations. However, the fastest way to respawn back to a human is by performing a Finishing Move on an Operator with it rewarding all four needed Antivirals.

Of course, it doesn’t hurt to camp and wait for syringes, as a Medical Supplies Event will frequently drop the antidote all around the map at random times. You will still need to watch out for opponents though, as zombies will only return as spectators after dying.

Besides these unique Antivirals, the battle royale also introduces new items to find and unlock in all game modes. This includes an assault rifle named the Vargo-S, a speedy shooter with supreme accuracy at medium to long ranges. If it sounds like your type of weapon, you can unlock it at no cost by completing one of the Vargo-S’s Warzone or Vanguard challenges.