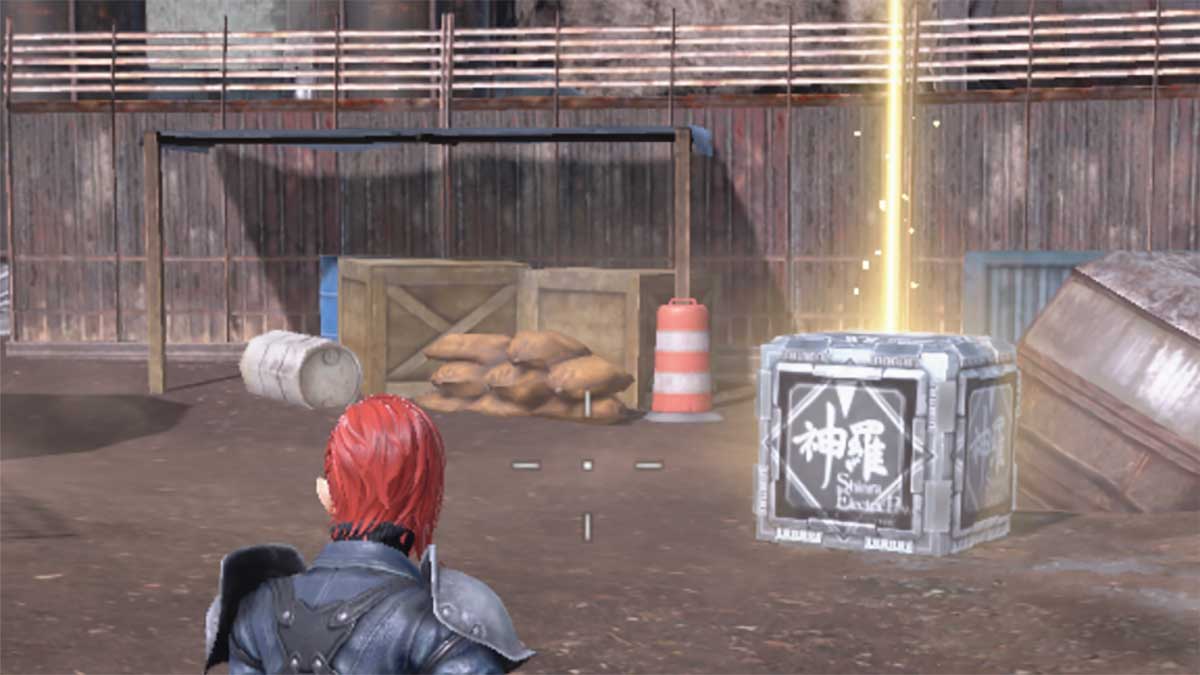 Every match in Final Fantasy VII: The First Soldier starts the same way. You drop into a map with dozens of other players and have to scramble to find a decent gun to shoot the competition with. While you start with a sword and can therefore defend yourself, a gun allows you to kill an enemy from a safe distance, mainly if they can’t aim or don’t have a gun themselves. As the match goes on, you need better weapons to defeat opponents faster and ensure your victory. This guide explains how to get better weapons, so you have the greatest chance of winning.

Buildings are the first place you should be searching when it comes to better weapons. There are chests dotted around the map, but most of them are inside the buildings you’ll see around you. An indicator will appear on the screen and become more opaque the closer you get to the chest. Open the chest and pick up any weapon that looks like it could deal some damage. However, it’s likely that you’ll only find grey, basic weapons in these chests.

When you kill a player, they’ll leave behind everything they’d collected up until that point in a stash. This appears as a large green box on the map where the player died. You can open this stash and pick and choose what you want from it. This is where you might stumble upon some slightly better weapons, such as rare blue ones. You can also grab any Materia or equipment that you want.

If you ever see a vending machine while you’re in a match, head over to it. You can upgrade your weapons by spending Gil at a vending machine, allowing you to get better weapons without needing to kill other players or draw attention to yourself. However, upgrades are expensive, so you’ll need to loot chests and kill enemies to get the Gil you need for the best upgrades.

The final way to get better weapons in the game is to head for supply drops. These are crates that will drop onto the map now and then, generally around the second or third phase of a match. Inside, you can find purple and yellow weaponry, the two rarest types of weapons in the game. These deal greater damage and tend to have a couple of perks that make them more lethal. Be sure to watch out for other players that are after the supply drop as well. Otherwise, you’ll be gunned down before you get your new gear.