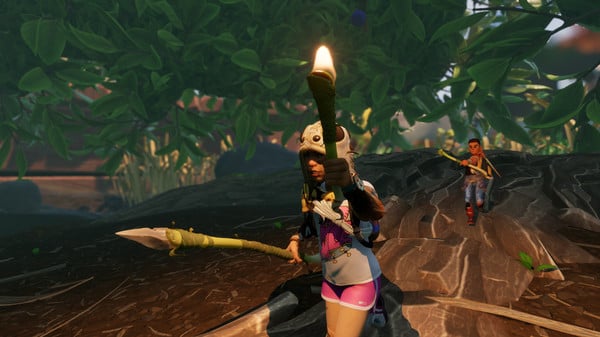 A new resource you can collect in Grounded are crow feathers. These feathers are extremely useful in crafting a handful of recipes back at your workbench, but getting to them can be a bit of a challenge. These fall off a crow, and these birds are not known to be delicate to smaller things than them, especially if they think they can eat them.

You can find crow feathers where the crow lands next to the birdbath on the south part of the map, in the bushes. Reaching those bushes is no easy challenge. The best way to make your way up to the birdbath is to find the field station in the bushes next to the hedge ascent landmark. From there, go up the bushes until you reach the top, and proceed to the east side. Eventually, by following the correct path of branches, you should make it to the birdbath. The crow may be here, but we’ve primarily seen it fly away before we’re close to it.

When you reach the birdbath, go up the branch that’s on top of it. Follow it to the left, and you climb to the trunk extending above it. Below you, there’s a crow feather stuck between a few leaves. Getting down to it is a bit tough, but if you angle your character correctly, you can land on it if you’re careful. Make sure to have a dandelion tuft to float down.

You need an insect ax to cut into it, which requires you to have a ladybug head, three bombardier parts, and four spider web to craft. After that, you can analyze the crow feather back at your field station and create new recipes.