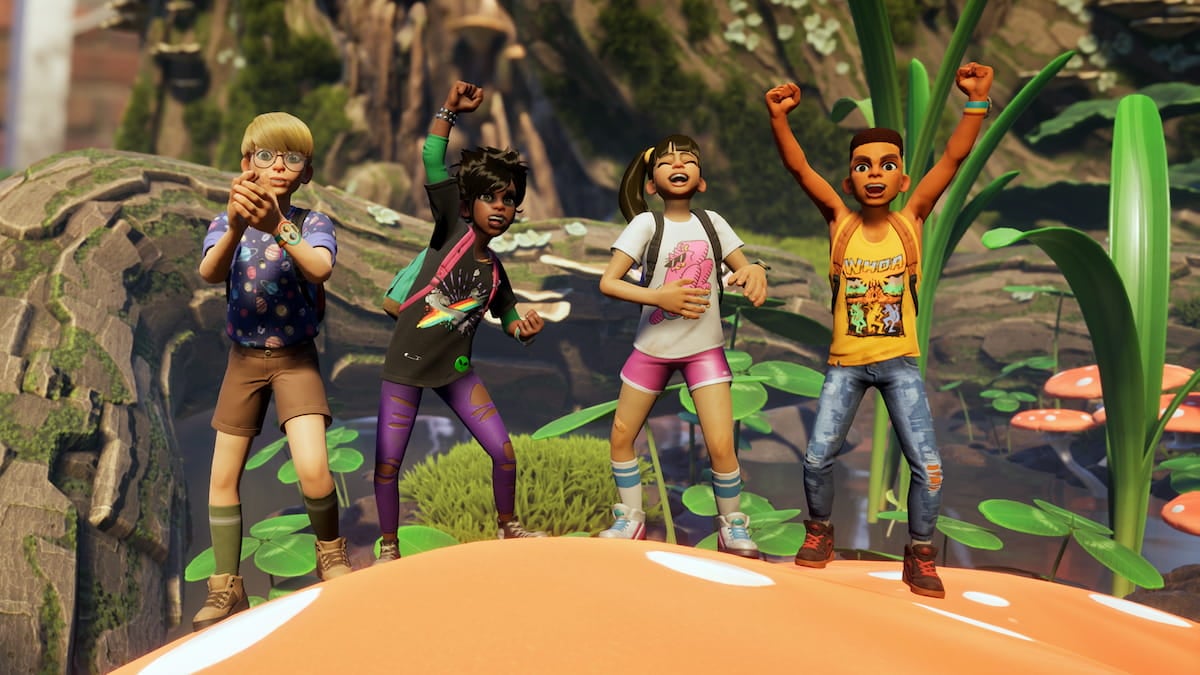 When you’re smaller than an insect in Grounded, you want to use anything you can pick up to fight the horde of bugs you encounter. Some of them are easy to take out, like grubs, mites, and weevils. But the larger insects, the spiders, the horde of soldier ants, and stinkbugs are different, and you need better weapons than the pebblet ax you first use. Here are some of the best weapons you can craft in Grounded, how to get them, and what resources they require listed in alphabetical order.

The best weapons in Grounded

The Antlion Greatsword is for any small warrior who wants to make a big impact. It’s a massive weapon that can do a good amount of damage against other insects, but it takes a good amount of effort to swing and has a low chance of stunning. We won’t recommend it for every character in your party, but it’s fun for one person to use. These are the resources you need to craft it.

The Black Ox Crossbow is a powerful ranged weapon. If you want a secondary weapon to have at your side to fire at enemies from afar, we highly recommend it, and find it to be one of the best crossbows in the game. It does have a slow fire rate, so make sure to keep that in mind while using it. These are all the resources you need to craft it.

It’s the best weapon to have when you take on spiders or stinkbugs, but the Fire Ant Club is a great choice for any player in Grounded. It’s a two-handed weapon and is a little slow, but it has decent damage and even better stunning capabilities. You do have to take on Fire Ants to craft them to collect their mandibles. These are the resources you need to craft it.

The larva blade is another useful weapon to have in your inventory when facing an army of insects. You can carry it one hand, and it’s a little bit quicker than a few other weapons. You can research it by analyzing an acid gland or a larva spike. Don’t expect it to destroy an insect in a few hits, but it’s fast, so it’s perfect for anyone who prefers a fast melee weapon. After analyzing it, here are the resources you need to craft it:

The Mint Mace is a great weapon that relies heavily on its stun score while not doing a huge amount of damage. After a few swings, you should hit the insect and see that they have small stars above its head, indicating they’re stunned for a few seconds. You can get in a few hits without worrying about them reacting, and with some decent armor, the mint mallet is excellent for taking on some of the tougher foes in Grounded. To research it, you need to analyze mint chunks, and you need these resources to make it:

The Salt Morning Star is on par with the Mint Mace, but it is a slightly faster weapon. Because it is faster, it gives up a good amount of damage and stun potential. Despite these shortcomings, we believe it to be an extremely capable weapon, and we highly recommend it for anyone with plenty of gum laying around. These are all the resources you need to craft it.

The Spicy Coaltana is a superb weapon for those who prefer to use a katana rather than other stunning weapons. Although this weapon has no way to stun an insect you’re fighting against, it can cut straight through its thick armor, doing a good amount of damage. These are the resources you’re going to need to craft it.

The spider fang dagger is similar to the larva blade. It’s a quicker blade that doesn’t do the most damage, but it’s quick to do multiple strikes against an insect before they can react. Plus, this weapon causes poison damage. You can choose to hit the insect a few times, run away, and then dive in for another series of hits before being hit. You need to analyze a spider fang or a spider’s venom to learn how to craft it. It requires these resources for you to craft it:

One of the faster weapons in Grounded, the Tick Macuahiutl is a superb choice if you want to do some quick damage against an opponent. On top of how fast it is, this is a weapon you can use to life steal during a fight, which will keep you up longer. These are all the resources you need to craft it.

The Toenail Scimitar is another unique weapon you can use in Grounded. Similar to the Tick Macuahiutl, it’s a fast weapon that can cause an Infection against the opponent. It’s extremely good if you want to apply a damage-over-time effect to insects and take them by surprise. These are all the ingredients you need to make it.